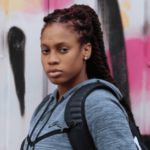 My time with IT Carlow basketball has officially come to an end. And what a year it hasn't been. We had a good run for the majority of the year. We won the regular season for the National League and as a result Carlow will be moved up to the Super League next year. We almost finished the season totally undefeated but we lost the last game of the regular season. Unfortunately, I somehow contracted food poisoning (for the first time ever) and just wasn't my best that game. We then went on to play for the league championship in Letterkenny. Made it all the way to the finals and lost in the championship game. This week we played in the college Varsities tournament and once again made it all the way to the championship game and lost. So overall, I'd say it was a bittersweet year. We started off very strong on both college and club teams but in the end we couldn't pull it out. It happens. Especially on new teams who've only recently started playing with one another.

Im proud of my experience on this team. This was my first year being a sole point guard and it was not a easy job. If anyone asked me how I felt about playing point guard before this year I would genuinely tell them that I hated it. I had to really dig deep and challenge myself to not only be a better player but to make my teammates better players as well. It was tough, I'll admit that. But in the end I'm glad I persevered and I think it's made me a better player for many different reasons. Although we didn't get the end result we desired, I would definitely say this was an extremely successful year for IT Carlow basketball. We set the bar very high and put our club and school on everyone’s radar. I want to wish my teammates and coach the best of luck in the endeavors next year as they take on the Super League.