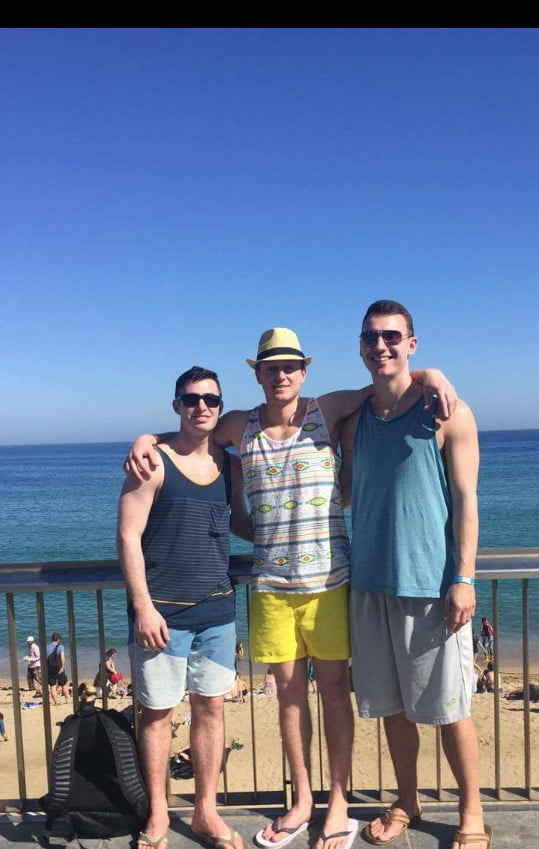 It’s been a while since my last blog and I’m coming out of the woodwork here with a jam-packed update. I won’t go into detail about every experience I’ve had since it would take about a week to write, but let’s just say it’s been a blast.

It all started in late March when I was flown home for a job interview by my future employer, Venture for America. The timing of the interview couldn’t have been more perfect since it gave me the opportunity to see my friends and family for the first time since August as well as recharge my batteries for the last push in Ireland. I spent a week at home and as soon as I returned to Ireland, I had my last basketball tournament of the year. We played in Dublin and even though we didn’t do as well as we hoped, the craic was great as I spent time with all the victory scholars who were there for the same tournament. It ran from Friday, April 7th – Sunday, April 9th and shortly there afterwards at 6:00am on Monday morning, myself, T John, and Tanner boarded a flight to Barcelona to begin our self-named retirement trip. We spent five days in Barcelona (Spain), three days in Seville (Spain), and four days in Faro (Portugal). You can checkout Tanner and T’s blogs for more detailed descriptions, but to put it simply, we had the trip of a lifetime and got some much needed sunshine.

I flew home from Portugal on Friday, April 21st and had two exams that following Monday and Tuesday. The craic didn’t stop there though since my best lads from growing up paid me a visit from Monday the 24th – Sunday the 30th. We did everything you could possibly want to do in that short of time like jump-off the board at Blackrock, taste Guinness, visit the Cliffs of Moher, taste some more Guinness, spend the weekend in Dublin and then try the Guinness there. The week couldn’t have gone better and I was glad I finally had the chance to show them around Ireland.

As soon as they left, I crammed for my second to last exam on Wednesday, May 3rd and then immediately hopped on a bus to the Dublin airport, where I joined T John and Jack for a trip to London and Edinburgh (or Edinboiiii as we somehow began pronouncing it). We also met up with fellow victory scholars Jess and Meg in London. Again, I could write a novel on this one trip but to give you the short and sweet, we saw the major attractions of both cities, ate a ton of good food, and washed them down with a few locally brewed pints.

I flew back to Ireland on Sunday, May 7th and have since taken my last exam and am beginning the process of completing my time here in Ireland. As today is May 14th, I only have three days left in this beautiful place. I’ve made memories that will last a lifetime and spent my last weeks over here with some fantastic people. I’ll write one last blog after this to commemorate my year, but what a past month and a half it’s been.