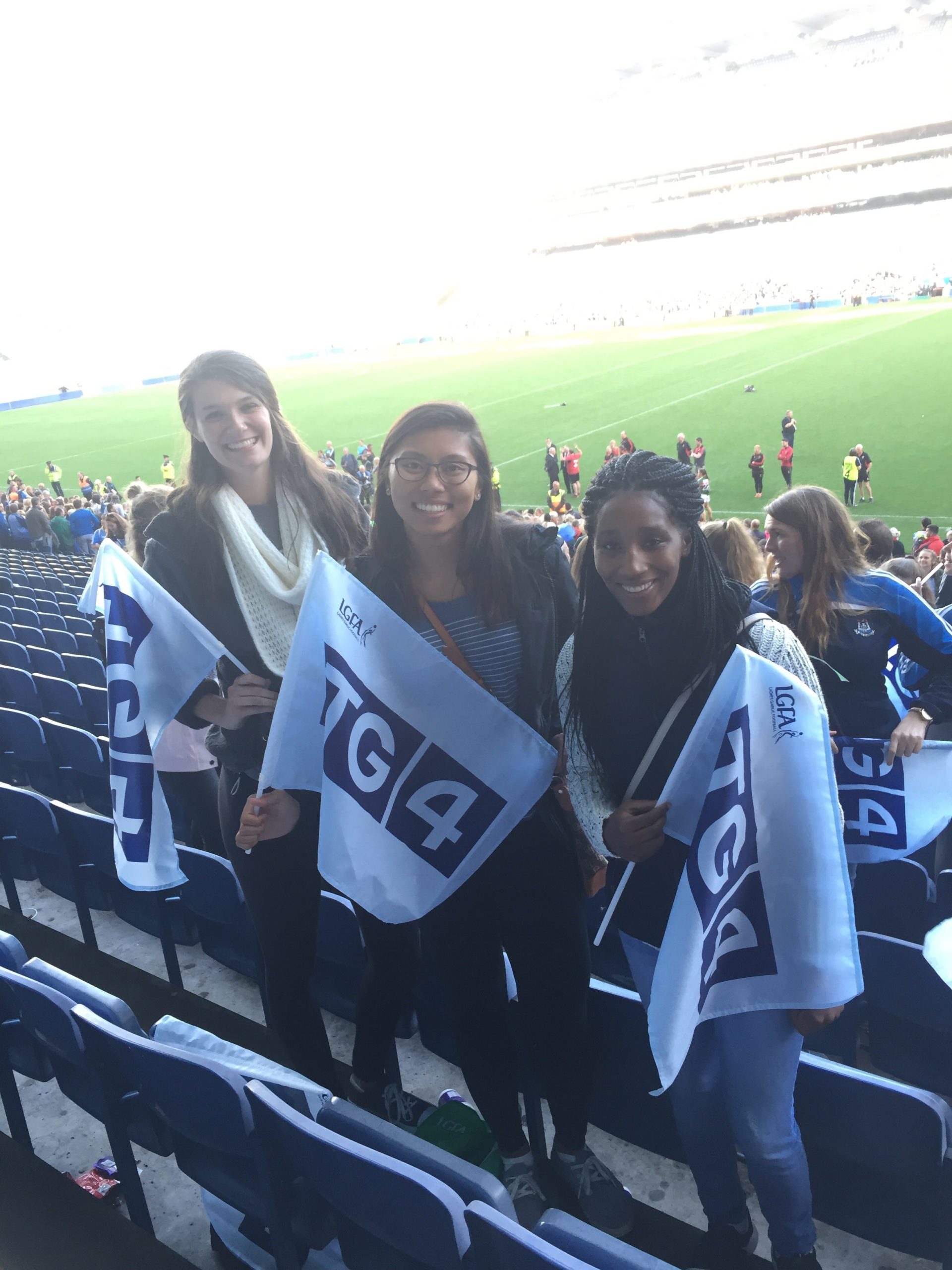 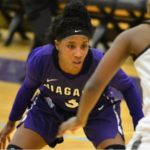 On Sunday I experienced my first ever Gaelic game and needless to say, it was definitely one to remember. My friend Steph another Victory Scholar hit Alex and I up asking if we wanted to go to a Gaelic game that she had tickets for. One thought automatically crossed my mind, “What is Gaelic?” But there’s no way that I could pass up a free opportunity! I replied “I’m down” and immediately checked Google to see what I was in store for at my first game. If you asked me, from the internet clips it just looked like a whole bunch of traveling but that’s probably the basketball side of me.
Sunday arrived and Alex and I were headed to stadium to meet up with Steph to watch the game. The bus was jammed packed full of people with flags, headbands and everything else to show their support for their team. Despite this, I still didn’t understand the magnitude of how big this game was until we got off of the bus. That’s when it all changed for me. There were hundreds of people walking down the street chanting “Go Mayo!” and “Go Dublin!” You could just see the joy and happiness on everyone’s faces and it started to get me excited. We found Steph and tried to enter into the game but we were rejected! They wouldn’t let us in but not for why you probably think. The reason? We had FLOOR LEVEL seats! Therefore we had to enter through a different area. As we entered into the stadium and made our way to Section 326 the noises and chants just continued to get louder, the atmosphere was one of a kind.

Thousands of flags waved in the air as the two teams took a lap around the field before the start of the game. The game itself was pretty close up until the end when Dublin blew it wide open with a final score of 23-10. Overall a total of 46,000 people were in attendance for a women’s finals game. In America that type of crowd is unheard of. People back in the states really don’t support women’s sports as much and to see all of these thousands of people cheering these women on made me really happy. While it was my first Gaelic game experience, it sure won’t be my last. I’m excited to watch another game and I recommend that you too should try to catch a game at least once in your lifetime because you truly will enjoy it.