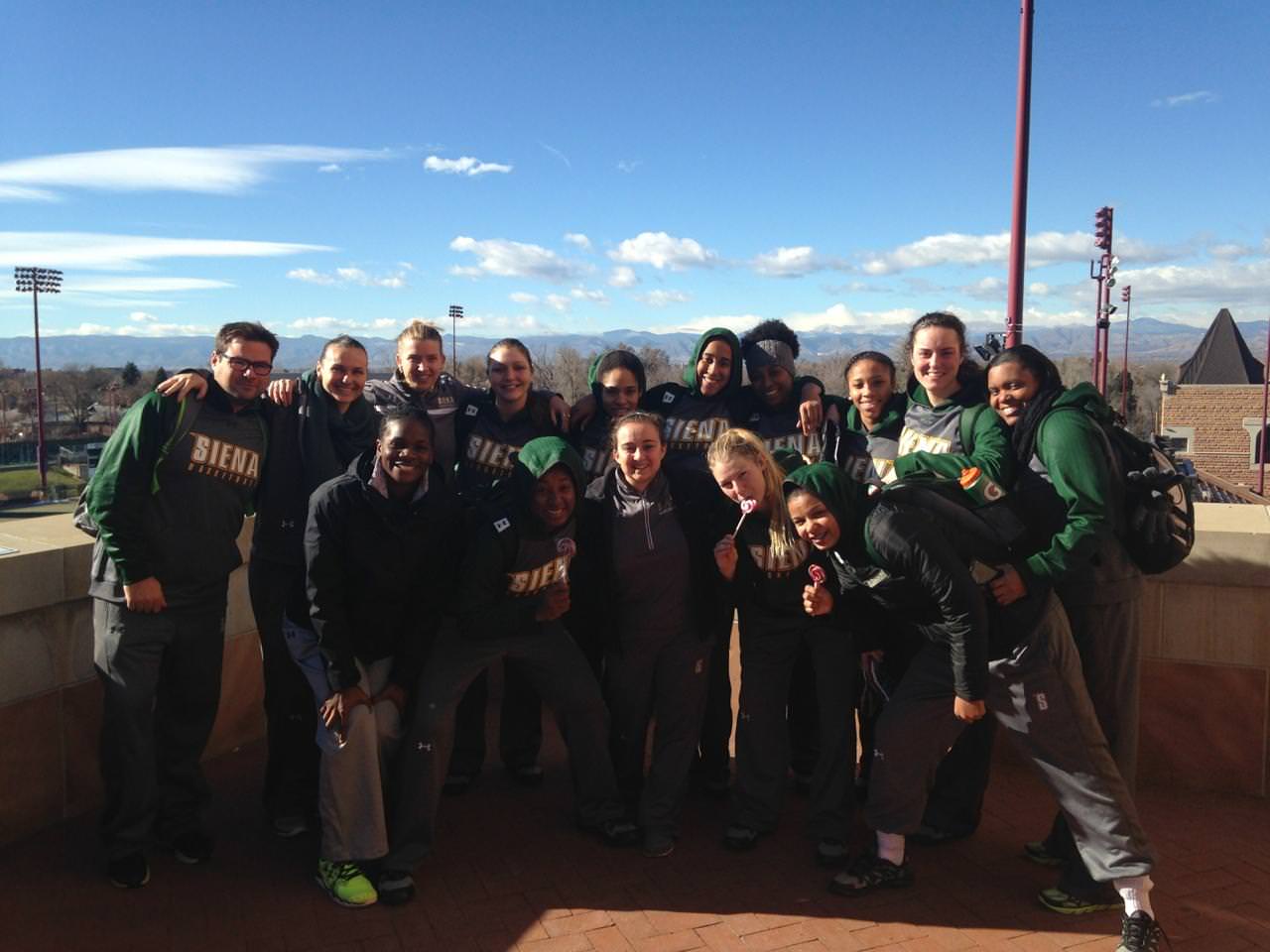 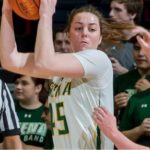 So this week we were asked to share our favorite college basketball memory with all of you.  For me this is pretty difficult because I have so many great memories from Siena.  My sophomore year definitely sticks out as one of my favorite though.

In my sophomore year my team and I ended up overcoming a lot of adversity.  Due to injury and other things we only had seven able players.  Everyone had written us off and really expected nothing from us because we didn’t have the numbers.  We used that to fuel us and we really proved a lot of people wrong that year.  We kept winning and winning with only seven and sometimes six people!  We were dubbed the Magnificent Seven. So clearly, it was a whirlwind of a year!  We ended up making it to a post season tournament (WBI) and made it all the way to the finals. Even though we lost the final it was an awesome year and we got to travel around the country a bit to play.

During this year one of my favorite games is when we traveled to Buffalo, NY to play Canisius College.  This game in particular stands out because my team and I found ourselves in quite a deep hole.  At half time we were down 20 points and things were looking grim.  After rallying at halftime we came out of the locker room determined to chip away at this deficit.  And that’s exactly what we did!  We were so locked in and focused for the entire 20 minutes that were left in the game.  I’m pretty sure we only held the lead for 2 seconds, but they were the final two seconds which are the seconds that matter.  It was a crazy game to say the least! Coming back from a 20 point deficit is something that takes a lot of focus but also a lot of heart.  And that’s what my team proved we had in this game!

I think our toughness and our heart are what helped us to be so successful that year.  We overcame the odds and proved a lot of people wrong.  It was a true honor to be part of that team because we may not have been the most talented group on the court, but we had grit and heart.  And at the end of the day, “hard work beats talent when talent doesn’t work hard.”  Or at least I like to think so…and I think we proved that quote to be right that entire year!

This little blog definitely doesn’t do that year justice, but those of you who were there during that journey know how special it was.  That being said, I want to wish my Siena Saints good luck this year as they are starting their season soon!!

Thank you for reading and stay tuned for more to come!