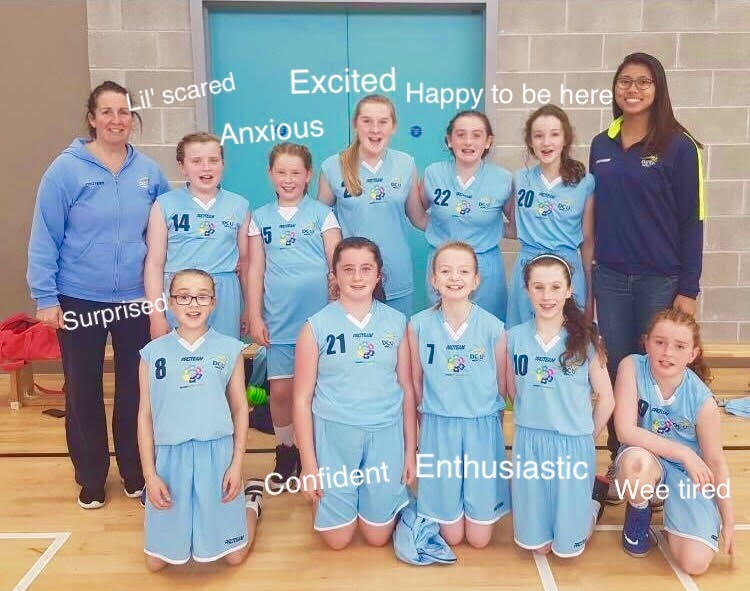 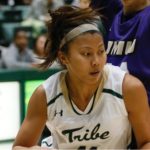 Well as the basketball gods would have it, they landed me across the pond in Europe and here I am still thinking about how I ended up in Ireland playing the greatest sport in the world (no offense to anyone who disagrees, I’m just biased) and coaching the little nuggets in the picture above! They are seriously the cutest bunch of girls ever. This picture makes me laugh every time I look at it because each girls face expresses a different emotion that I’ve felt while coaching.

So for about a month now, I’ve been hanging out with my U13 group of girls and I’ve been teaching them what I know about the game of basketball. It’s been an interesting dynamic because out of the ten girls on my team, four of them have never played basketball. However, I thought to myself, ‘eh, no worries. This will be easy peasy. I mean hello, you’ve been playing basketball your whole life‘. Boy was I wrong. It’s actually been quite challenging. Playing basketball for so long has made me forget what it was like to not know how to play the sport. Trying to re-explain the reason behind what we do has been so difficult because in my head I’m like, ‘I don’t know. That’s just what you’re supposed to do‘. But recalling the time I was in their shoes, I seriously needed help understanding why this was this way or why that was that way. I remembered when I first started playing basketball, I didn’t have a single clue what to do on defense or offense and terms like ‘box out’ and ‘cut to the ball’ was a language from a foreign planet. So thinking back, knowing how much I struggled to learn the sport has helped me understand where some of the girls are coming from. Moving forward, I just needed to remember to take a step back and teach the girls the basic fundamentals of basketball, then work up to the more complex tasks.

So in our first practice together, I tried to take this approach and really simplify the offensive and defensive drills. How did I do, you ask? I. Failed. Miserably. The girls were running in different directions, passing to the wrong player, and just flat out not doing what I wanted them to do. Then I realized what the problem was. I was telling them what I wanted them to do and they were interpreting it how they thought I wanted them to play. Instead, I should have demonstrated the drills and gave them a visual of what I wanted them to do. After this minor adjustment, voilà!! The girls were doing everything correctly! Although small, this was seriously a proud coaching moment for me. I finally felt like I broke through. My girls were rolling through the drills and executing everything just perfectly and could you believe? They were also having fun doing it.

Since that first practice, we’ve only had one game. Although we didn’t win, I saw a lot of great things out of my girls. I saw passion, determination, hustle, grit, and resilience. As a coach, knowing you have players that will play until the last second is a great sign. Honestly, that’s all you can ask for. Yes, we still have so much to work on, but seeing how much progress my girls have made since the first day of practice is undeniably gratifying. Good things take time and I can tell you all right now that by the end of February, my girls will be a brilliant success. Just wait on it.

“Success is the sum of small efforts, repeated day in and day out” – R. Collier