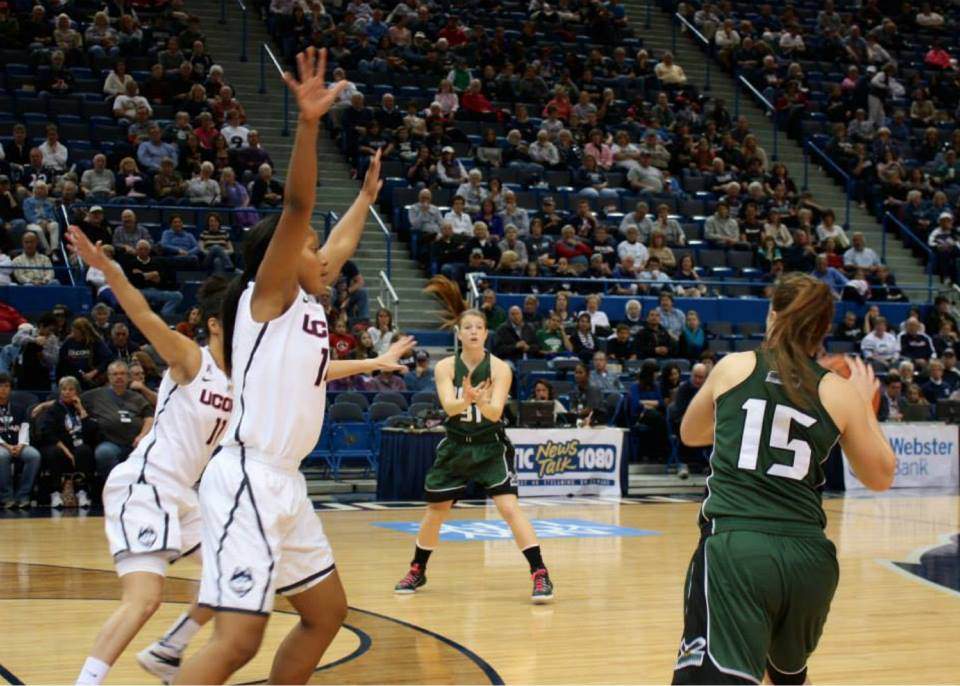 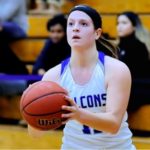 In 2015 I had the incredible opportunity to play against the well-known UConn Women’s Basketball team in a pre-season Exhibition game at the Hartford XL Center. Ever since I started dribbling a basketball I admired the UConn Women’s team. Not only just for their dominating season record and championship titles but rather for their inspiring Coach Geno Auriemma and the ladies’ persistence both on and off the court. The women that play for Coach Auriemma are amongst the most talented basketball players in the nation but also held to a high academic standard. I learned the importance of being a good student-athlete with his players as role models. Although I knew I would never play that high of a level of collegiate basketball, I believed that studying hard and practicing as much as possible were things that would lead me to graduate at the top of my class.

After years of watching the UConn Women’s team on television I was shocked to find out I’d have the opportunity to be on the same court as them. It was without a doubt the most intimidating games of my entire career but also the experience of a lifetime. My teammates and I had an early morning shoot around in the arena before the game and were served breakfast at a hotel. The arena wasn’t packed but I will admit there were a lot more people there to watch then I had expected. As we were warming up I couldn’t help but watch the UConn players. Breanna Stewart, Moriah Jefferson, Kaleena Mosqueda-Lewis, Morgan Tuck, Gabby Williams, Kiah Stokes and Kia Nurse were by far the most talented female basketball players I had ever seen and lucky for me I got the honor of guarding each one.

What was the score? Well, as you guessed …. UConn a lot, my team only a little. But, at the end of the game we had the chance to talk with Coach Auriemma. He reminded us about the importance of playing the game we love. He said that it isn’t always about playing for the name on the front of your jersey, it’s about playing to the best of your ability and enjoying every moment of it for you! I’ve heard Coach Auriemma speak at multiple conferences and I always look forward to listening to what he has to say.

Later that year I watched UConn take home the NCCA Division I National Championship Trophy and part of me would like to think I prepared them for the tough competition that they faced in the tournament…or at least helped to boost their confidence for the year. This humbling experience taught me that I will always have something I need to improve on. A player’s skills are never perfected, there is room to become better at every level of the game. I will continue to watch the UConn team on television and hope to see them take home a championship this season!

“Success is a journey, not a destination.”