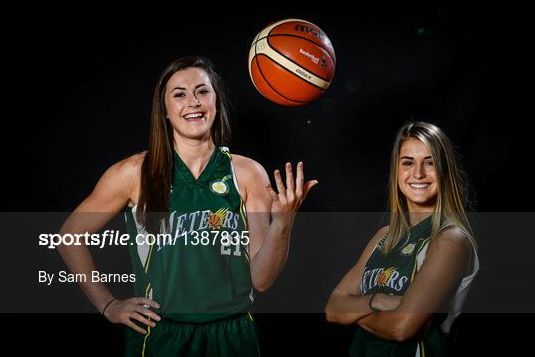 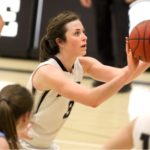 Before there was anything else, there was basketball. It’s hard for me to remember high school, or middle school, or elementary school, without picturing my basketball teams, car pools to practice, summer camps, and AAU tournaments. Basketball stole my heart at a young age. Little did I know how drastically it would impact the path and quality of my life for years to come. My best friends and memories have come from this sport, and it’s taught me more about my self than any classroom, test, or job ever could. It has truly shaped me into the person I am today. People say not to measure your wealth in money but in moments, in that case basketball has made me one of the wealthiest people on earth. I’ve collected enough moments to last a lifetime. I still remember playing in the state semi-finals at the Boston Garden my senior year of high school, warming up on the same parquet that all of the Celtic legends had played on for their entire careers. I remember how clammy my hands were at the tip-off (still happens), and how fast my heart was beating when I put up a shot to send us into overtime. I also remember my heart slowly breaking as I watched the minutes tick down on the clock and the other team rushing onto the floor to celebrate. I had never felt such a dramatic high instantly turn into an all time low as I realized I would never play with this team again in my life. Basketball had broken my heart big for the first time.

Fast forward four years, who knew I’d still be in the same committed relationship with this sport. Now I’m a senior in college, and basketball has a whole new meaning in my life. It brought me to the school of my dreams, it shaped my identity on campus, it made me into a captain and a leader. It taught me the true definition of selflessness, of having your teammates back, and what it means to protect a program, a culture, and the tradition and legacy of those who came before you. Being a Polar Bear was a privilege, one that I tried desperately never to take for granted. I thought I’d be ready to pass that privilege on to the next generation come senior year, but I just wasn’t. I remember the NCAA Sweet Sixteen game at Amherst, walking into the barn, realizing the finality of my basketball career. It’s funny, because I wanted to go all the way, win a national championship, that had always been the dream. But in that moment, the one thing I wanted more, was to not have to give up my Bowdoin uniform and to not have to say goodbye to my teammates. It was a love/hate relationship, just like it’d always been. I had been in this situation just four years earlier, and here I was again, ready to face the inevitable heart break.

What I failed to comprehend as a six year old, wide eyed and obsessing over my new found love, was that I would one day get that same joy and satisfaction from sharing that love with others. I never thought of myself as a coach, or a teacher, and yet after graduating I just couldn’t seem to let the game go. I felt I still had so much to give, and to share, and to learn myself. My relationship was just beginning. I landed as an assistant coach at Colby College, another school in my conference, competing against the family I had just left behind. I hated changing teams, but those who knew me knew it wasn’t personal, it was about the game. I got to watch people fall in love with the sport, and share in all their highs and lows. That year was when I realized how powerful the sport of basketball truly was, how far it could bring you in pursuit of your dreams, and how transformative it could be in your life.

Fast forward one last time, six year old me is now officially blown away, because playing and coaching in another country was never part of the plan. I think I wanted to be a dentist when I was six. But when I first found out about Sport Changes Life as a recent graduate I was desperately looking to play basketball overseas. I knew I needed to be thrown into a new uncomfortable environment and start another adventure with this sport. Everything happens for a reason, I firmly believe that, and my year at Colby lead me straight to this. “I am delighted to inform you that..”, instant tears. I remember calling my parents right after I received my Victory Scholar acceptance letter, I was so happy I couldn’t stop crying. It was that type of happiness that only basketball could give me. Basketball had most certainly changed my life, and now I was ready to help it change the lives of young people in Ireland.

We had our opening tournament with the Dublin Meteors last weekend, and somewhere between the initial tip off and receiving the championship trophy three days later, I realized something. This relationship I had with basketball, it wasn’t a one time thing, it was a life long love. I still got the same amount of joy doing bench cellies and cheering on my teammates that I got in AAU games at age 12 ,or at Bowdoin during big home games. But by far the best part of the weekend was looking over and seeing three of the girls on the U11 team that Mackenzie and I coach watching and cheering from the sidelines. Their relationship with basketball is just beginning, and I’m jealous. They don’t care about college, and minutes, and winning (okay well maybe during knockout), but more than anything they’re just having fun. They’re genuinely just there for the good times. Part of me wants to tell them, “look it’s not all gonna be sunshine and rainbows, you’re gonna get your heart broken, you’ll lose games that you think you can never come back from, you’ll let yourself down, let your teammates down, have moments where you want to throw it all away”…but then I stop myself. They’re going to figure it out on their own, and hopefully like me, they’ll realize that it’s all worth it, because it’ll change your life without you even realizing it. Six year old me had no idea what she was getting herself into, but 23 year old me, now in Dublin, playing and coaching and getting my masters, she’s so happy that I took the chance and never looked back. It’s true what they say, you never forget your first love.