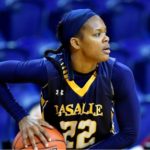 To me, you can place friends in 2 different categories, Quality and Quantity. Friends that fall in the quantity category are those that you see every now and then in passing. Some examples, you’re asked to go out by one of your really good friends and they say something along the lines of, “come out tonight! We’re going to go to blah blah and such and such is going to be there.” “Such and Such” would be considered a quantity friend. People you went to high school with that if you were to run into them on the street, you’d take the time to ask them how are things going. But you’re really only doing this because you’re being nosy. You’re throwing a party and sending out invitations, quantity friends are the ones you send invitations to but wont be disappointed if they don’t show up. I feel like I had a lot of those back home.

Now quality friends on the other hand, those are the people who bring additional quality into your life. Those are the people you haven’t seen in ages yet you run into them one day and its as if no time passed. Those are the people you know you can call upon if you need support, whether it be emotionally, financially, etc. People in your life who uplift you and don’t suck up all your good energy. They’ll have your back in the moment even if your wrong, then call you out on how wrong you were after the fact. I can count on maybe one hand how many of those friends I have back home.

Since I’ve been here in Galway, I’ve been making so many friends! The best part is, 90% of them are quality friends. The first week I moved here, there was a big hurling game between Galway and I think Waterford. I went down to the Spanish Arch with Keegan and his teammates. I met my first new quality friend. His name is Bongani. He’s from South Africa but moved to Ireland when he was 5. He’s an undergrad studying biomedical sciences. We talked for maybe an hour and managed to cover every topic under the sun. From where we are from, to politics, to religion, to music, you name it. I knew I made a new quality friend just from our first encounter. Since then, he’s introduced me to the Afro-Caribbean society, and a bunch of other outlets where I’ve made even more friends.

My second new quality friend I made around week 3 of me being here. I had finally found an SGI Buddhist community (I’m a Buddhist, i’ll blog about it at some point) in Galway and a lovely member named Chris was having a get together at her house. Since there was so many new members to the area she wanted us all to meet each other. That’s when I met Fernanda! She’s from Brazil studying International Law. Sparks didn’t fly between us during our first encounter like it did when I met Bonjani. I think our friendship really developed after she gave me money and helped me catch a bus that she wasn’t even taking. She met me near my house, walked me to the bus, gave me money and put me on the bus, then went back home lol. But long story short, her and I have lunch every Friday after I get out of class where we eat a bunch of food, complain about boys, talk about life, order more food, refuse the desert menu 2 times, only for an hour later to ask for it, end up not order anything, then eventually decide to leave the restaurant because we realize they’re starting to set up for dinner….because it 5pm.. and we’ve been there since 2:30pm. I wish I was exaggerating. 🙂

Last group of people I’ll talk about are my classmates in my MSc program. They are really some of the greatest people I’ve met. There’s a lot of us, but for the most part we all get along very well. My mains are Aisling, Ciara, Annie, and Ivy. I already have some stories of adventures with these girls that I will NEVER forget… Its hard to forget the first time someone throws up all over your nice outfit…30 minutes after getting into the club… Any who, once a week we all agreed we’re going to have a pizza and wine night at someones house because were all starting to freak out about all of these wonderful assignments who’s deadlines are approaching. So we’re going to designate a night where we don’t stress, we just eat and drink.

I could keep going but i’m really happy about the friendships I’m making. Even after I leave i’m pretty sure i’m going to continue to text Steph Poland, victory scholar at Maynooth, everyday freaking out about something i’m probably blowing way out of proportion so she can tell me that everything’s okay and how great of a person I am…. She is the definition of a quality friend. I’m definitely going to have a hard time with some of my “good-byes” at the end of this journey. But, we’ll cross that bridge when we get to it. For now, i’m going to just keep having fun and creating great memories with these great people.