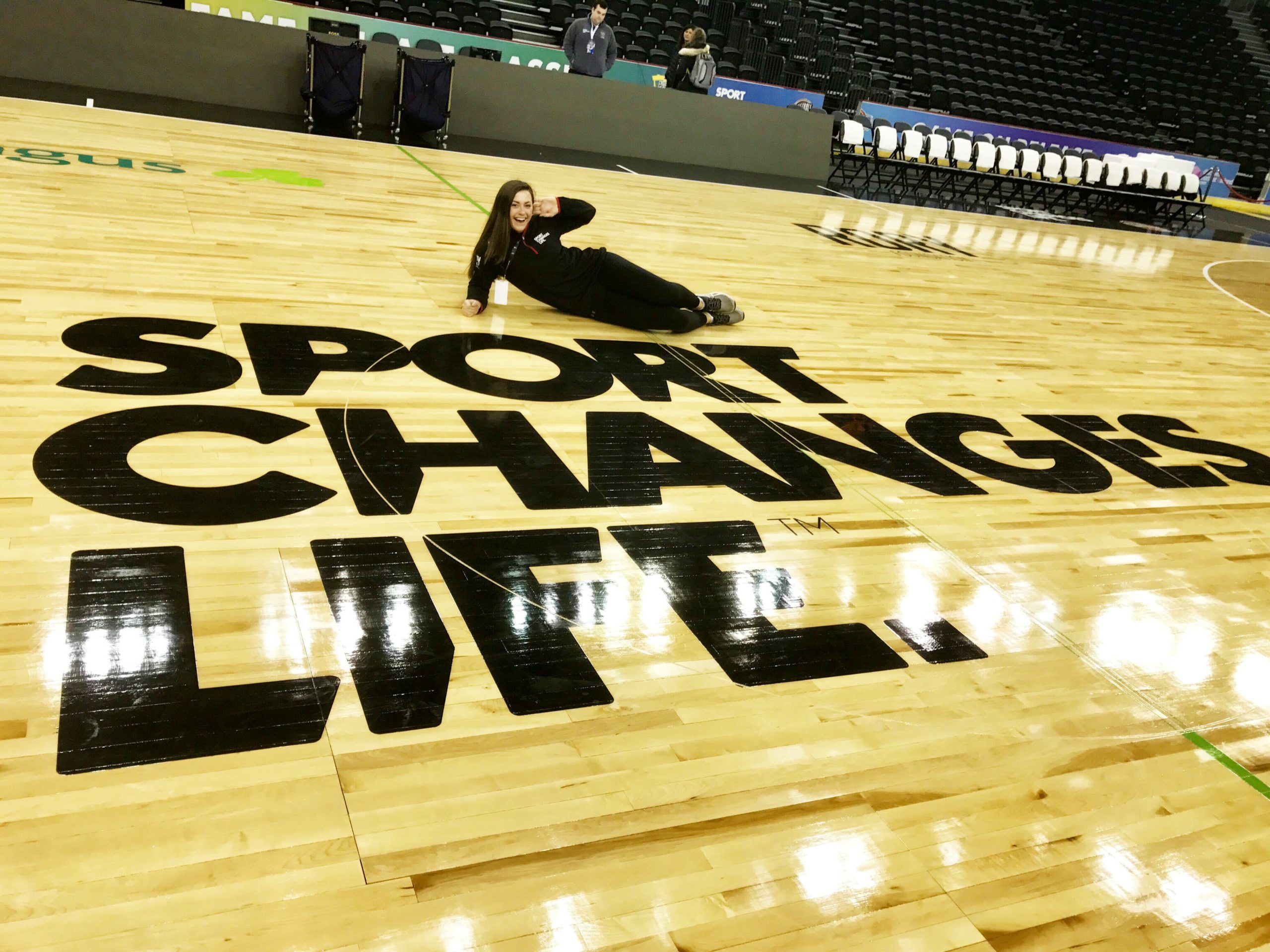 It’s Sunday afternoon and I’m currently on the bus heading back down to Dublin after a whirlwind weekend in Belfast. I’ll be honest, when Sport Changes Life first told us about the Belfast Classic I didn’t think much of it. In the U.S., basketball teams participate in tournaments at home and abroad every year and they simply aren’t a big deal. They’re the norm. All of us grew up attending collegiate and professional sports games, looking up to our favorite players on the court. What was going to be so special about a basketball tournament in Belfast?

It wasn’t until this weekend, when I stepped foot into the arena for the first time that it hit me; this was way bigger than basketball. With over 9,000 fans in attendance, many of whom were kids from local schools and sports clubs, the Belfast Classic changed the lives and aspirations of countless people over the course of two days. The majority of these kids had never seen basketball played at such a high level, or at any level for that matter, and they had never experienced an American sporting event. From the jumbotron dance competitions, the foam fingers and the mascot (which happened to be my roomate), to the cheerleaders and pep band, everything about it felt like being back home at a big time college tournament. The energy in the arena was absolutely electric and was only amplified by the players’ celebrations, intensity, and competitiveness. It was impossible not to feel the excitement wether you were a die hard basketball fan or had never seen the game played before in your life. But the very best part of the event, was the kids.

One group of boys from Belfast put the entire weekend into perspective for me. They stood behind Manhattan’s bench both days cheering them on, asking for autographs and taking pictures with the players as they ran into the locker room. They even took a liking to the Victory Scholars and were quizzing us on all of our favorite American sports teams. Luckily they were Celtics fans so I passed the test. On Saturday, I asked one of the boys if he thought he’d play basketball when he was older and he said he was going to get a scholarship to play overseas in America. It’s possible that had always been his dream, but I guarantee that watching those players diving for loose balls and hitting threes right in front of his face made it a real tangible aspiration. The classic gave kids in Belfast and all of Ireland something to hold on to. They will have memories of those two days and that buzzer beater win for the rest of their lives. And maybe, just maybe, one day some of them will be playing in a big college game signing autographs for kids just like them.

I’m so grateful to be a part of Sport Changes Life and to have helped them bring big basketball to Belfast. The months of promotion and fundraising we’ve done as Victory Scholars is nothing in comparison to the years of planning and sleepless nights that went into making the Belfast Classic possible. To Marc, Gareth, Aimee, Stephen, Maria, Julie, and the rest of the SCL family, thank you for showing me what it means to pursue something greater than yourself and make a difference. I felt like a little kid again looking up in awe at the experience you were able to replicate. Whether you change the life of one young person or a thousand young people you’ve done something truly special. I’m sure thousands of kids in Ireland are already counting down the days until the 2018 Belfast Classic, I know I am!