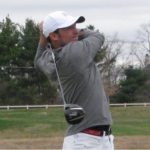 I am a very big Tottenham Hotspur supporter and it started a few years back just simply playing FIFA with some friends. A friend of mine got the newest edition of the game and soon it became the only thing we played. I started following soccer (as us Americans call it) more and decided to start following the team I had the most success with, which was Tottenham. Coincidently it was about the same time they started playing well and were able to break into the Champions league and I was able to convert my friends into Tottenham supporters as well. We would get up early on Saturdays to watch them play whenever they were being covered in the United States.

So seeing Tottenham play in person became something I had added to my list of things to do during the year as a Victory Scholar. I finally had that chance this past weekend when they played Huddersfield at Wembley Stadium. Luke, Matt, and I made the journey over to England to see them play and the Hotspur did not disappoint. They had a convincing victory with a score of 2-0 and my favorite player Heung Min Son scored both of them. It was an unbelievable experience that was everything I had hoped seeing them play would be. Funny enough in a stadium that holds 90,000 people the people behind us made the trip over from Jordanstown as well and we got a great picture with the lad who was a Hotspur supporter as well.