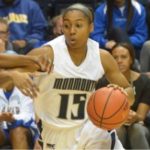 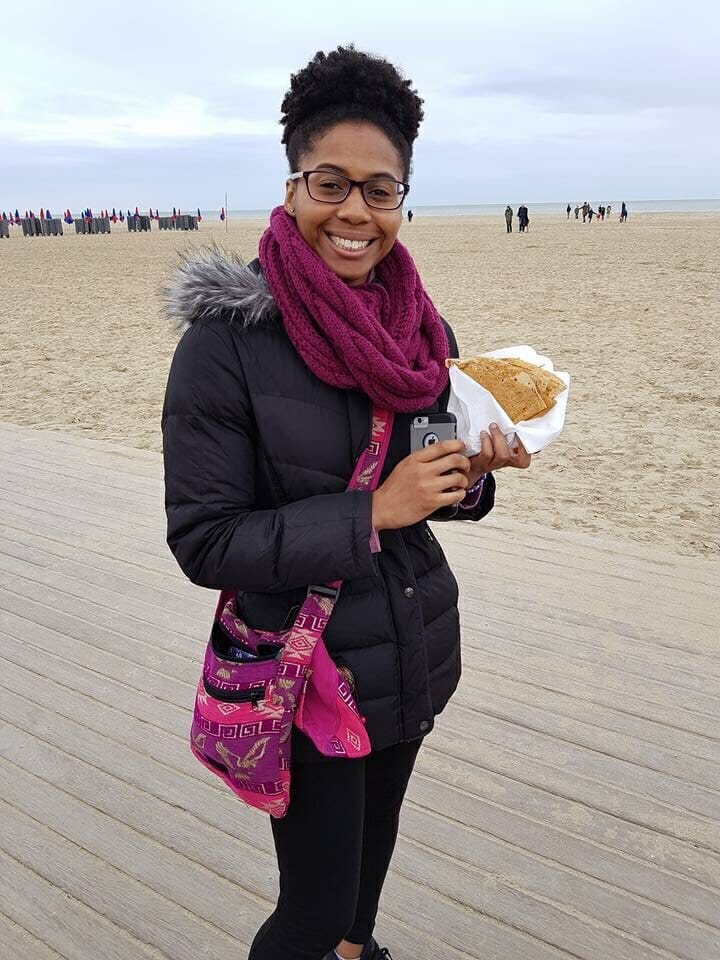 “Je ne sais pas” is my signature French phrase, one of the few things I remembered from my 5 years of studying French in school😅. Well it finally came in handy this weekend when I flew to France with the Wildcats U16 team. The girls had a tournament in Cabourg, France and I was lucky enough to get invited, which was perfect because it turned out to be a great birthday gift.

Day 1- A Small Taste of Cabourg

We landed in Beauvais Airport and from there drove to Cabourg which is a small town right on the coast of Northern France. The town was beautiful with its city center, restaurants, shops and of course the beach. I immediately fell in love! After a bit of exploration, we grabbed a bite to eat and the food was delicious just as expected. We finished the day watching one of the Cabourg Women’s basketball matches in the gym, where we were able to meet the other teams in the tournament and the locals. 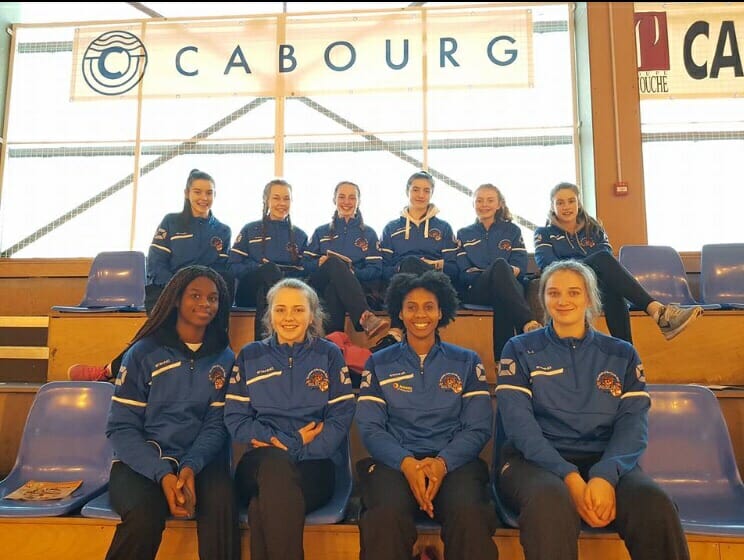 First day of the tournament and our girls were ready! I’ve never had the chance to watch the U16 girls play other than in practice so I was excited to see them in action. Right of the bat they dominated on the court, holding most of their opponents under 20 points and earning themselves a semifinals spot. What I loved while watching on the bench was how the girls were able to regain momentum of the game despite the crowd or the mistakes they had made. It’s was a level of maturity that is often hard to find in older groups. Which is why when Jillian allowed me to coach the second half of their second game, they made my job easier to do because of the discipline already instilled in them. 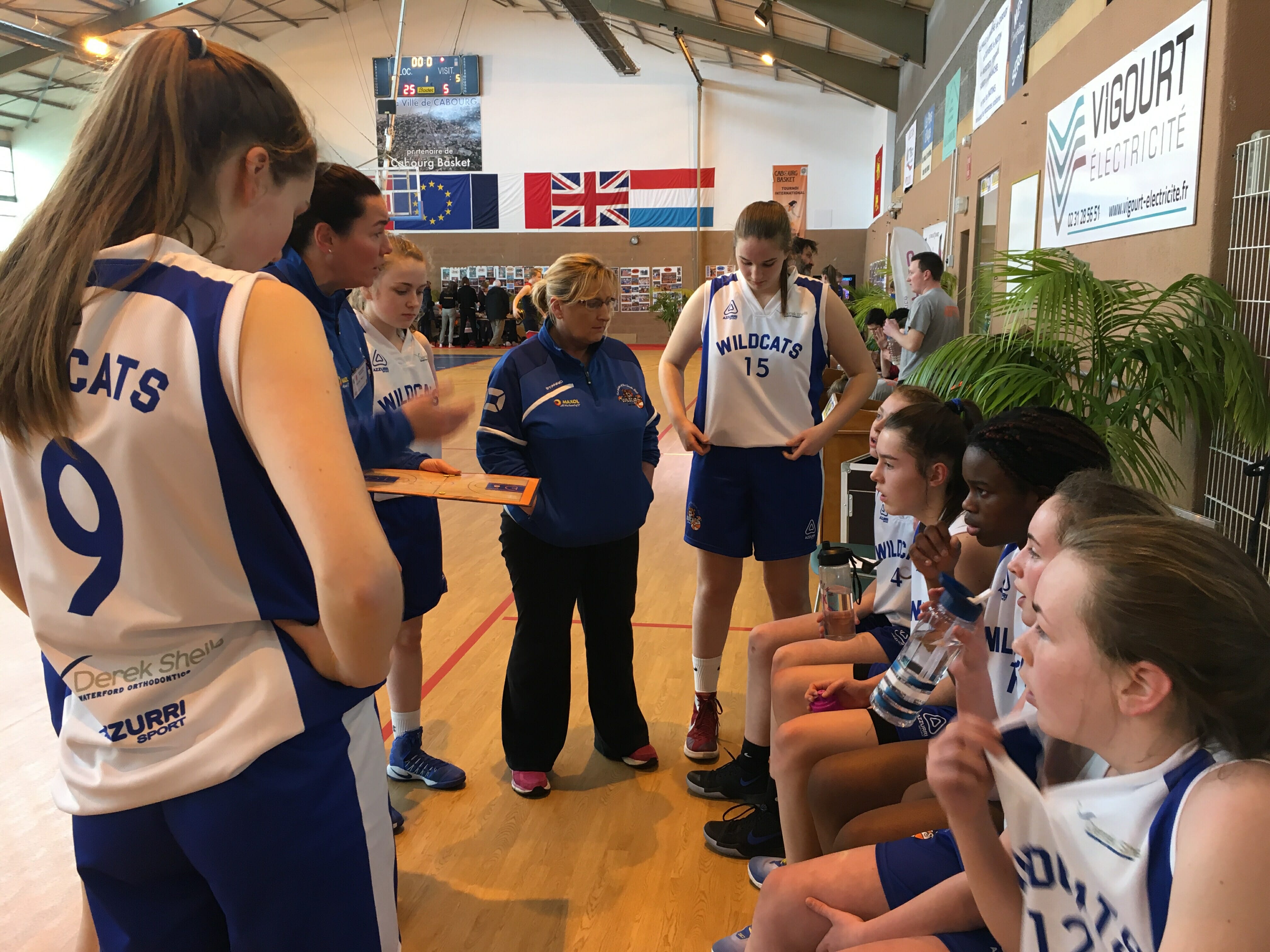 We concluded the day with a group dinner with all the teams and volunteers of the Cabourg tournament. For dinner it was a traditional French meal with an assortment of meats and cheeses and bread. And of course I enjoyed a glass of white wine with the rest of the coaches.

Yup April Fools Day is my birthday (it suits me perfectly) and it just so happened to fall on Easter Sunday this year. The day started off with the Happy Birthday song from the girls and then we headed off to breakfast before the girls semifinals match.

The gym was packed with people watching the last playoff games and the atmosphere reminded me so much of AAU tournaments back home. The girls were facing a tougher opponent; The Southend Swifts, an English team (the irony), won the Cabourg tournament championship last year. The score of the game remained close until the last three minutes when the girls stepped up defensively, a charge led by the youngest player. Their ability to execute down the stretch and their determination gave them the win and the chance to play in the championship game later that day.

We had a couple of hours of free time before the championship game, so I wanted to explore the city centre. So many people were out enjoying the beautiful Easter Day. I decided to take a ride on the town’s Ferris wheel where I was able to get such an amazing view of Cabourg. 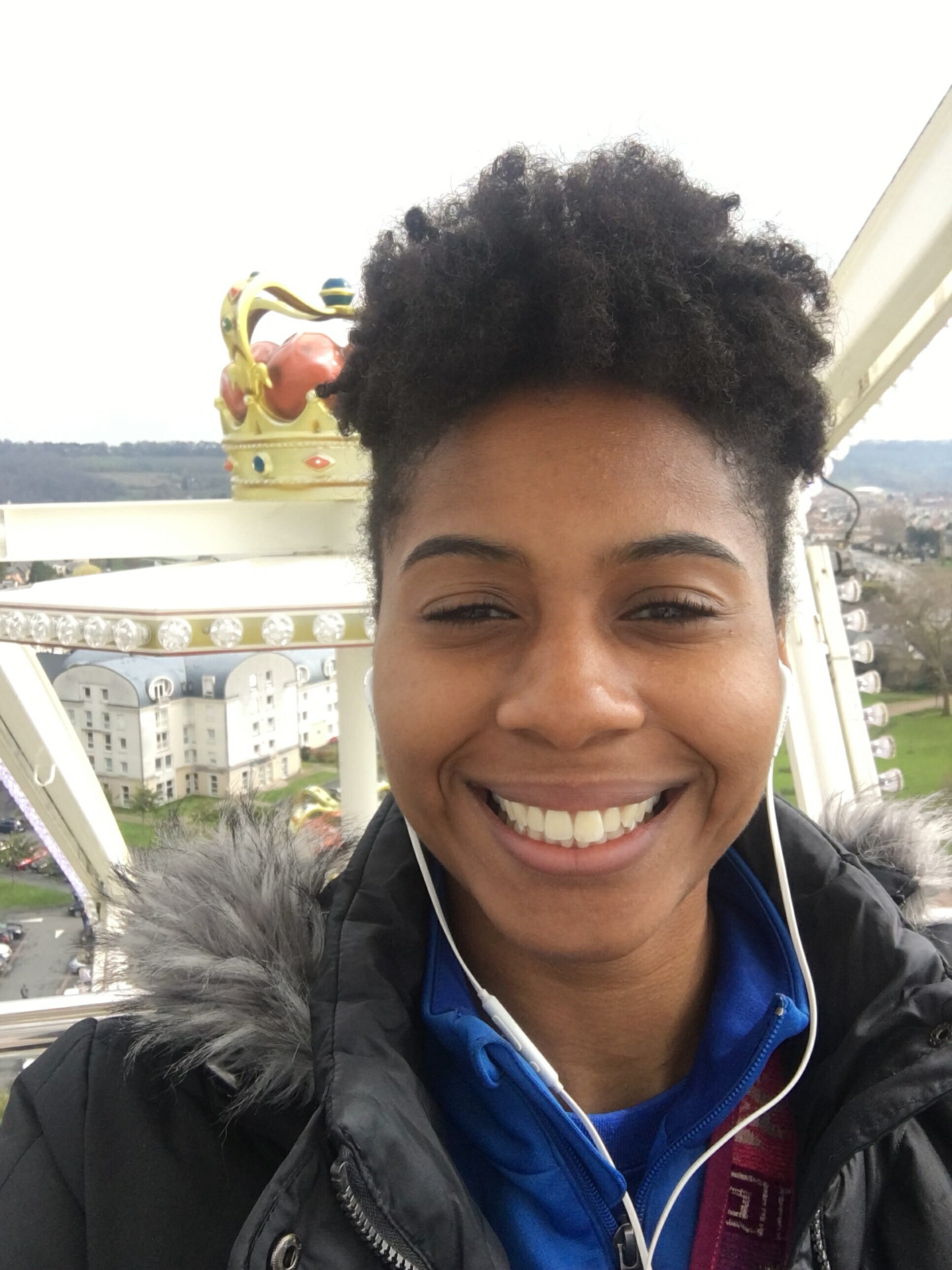 Later that day it was championship game time. The girls struggled a bit in the beginning against the Luxembourg team, Amicale Stessel. But again they managed to find that spark of energy which allowed them to take complete control of the game. More importantly, I noticed an increase in their confidence as they didn’t let a mistake from the last play dictate their entire performance. I hope that this is something they continue to build upon. 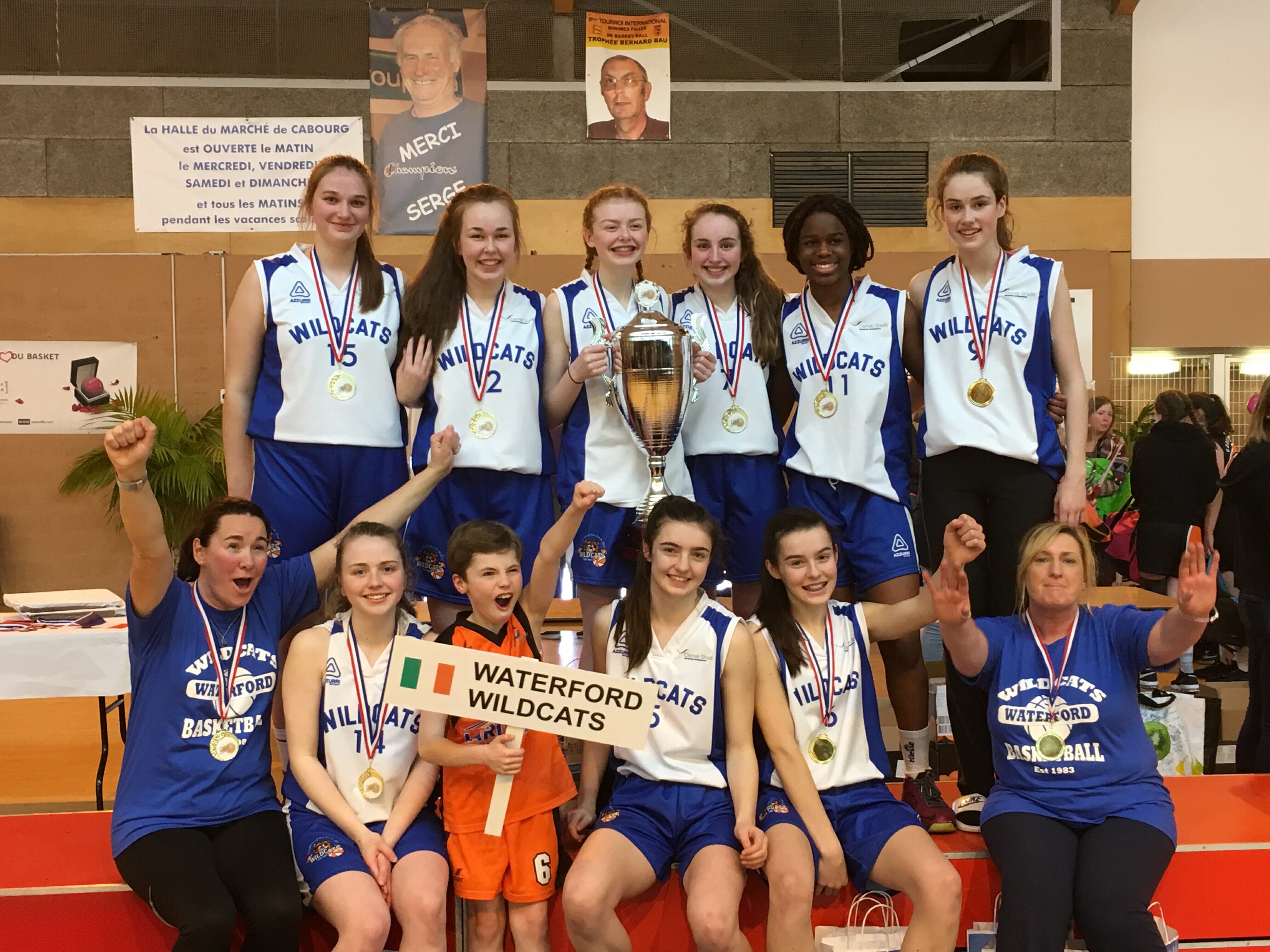 The trophy ceremony was very elaborate, almost like a mini Olympic ceremony. I loved how no matter who won or lost, what team you played on, what country you were from, it was still a celebration for everyone. We finished off the great day with a big dinner party where we were served the most perfect dish of Paella. I had three plates of it and just danced the rest of the night so I wouldn’t feel bad about my over indulgence.

Day 4: Tour of Deauville and Honfleur

The last day of the trip was spent exploring some other beautiful parts of Northern France. The first stop was Deauville, a city famous for its casino, annual film festival, and the sea. I ate my first crepe there because I was not leaving France without doing so. The final stop was Honfleur, a harbor town known for its artistic and architectural presence. For a birthday present to myself, I enjoyed one final French meal at Le 92, a restaurant right on the harbor. 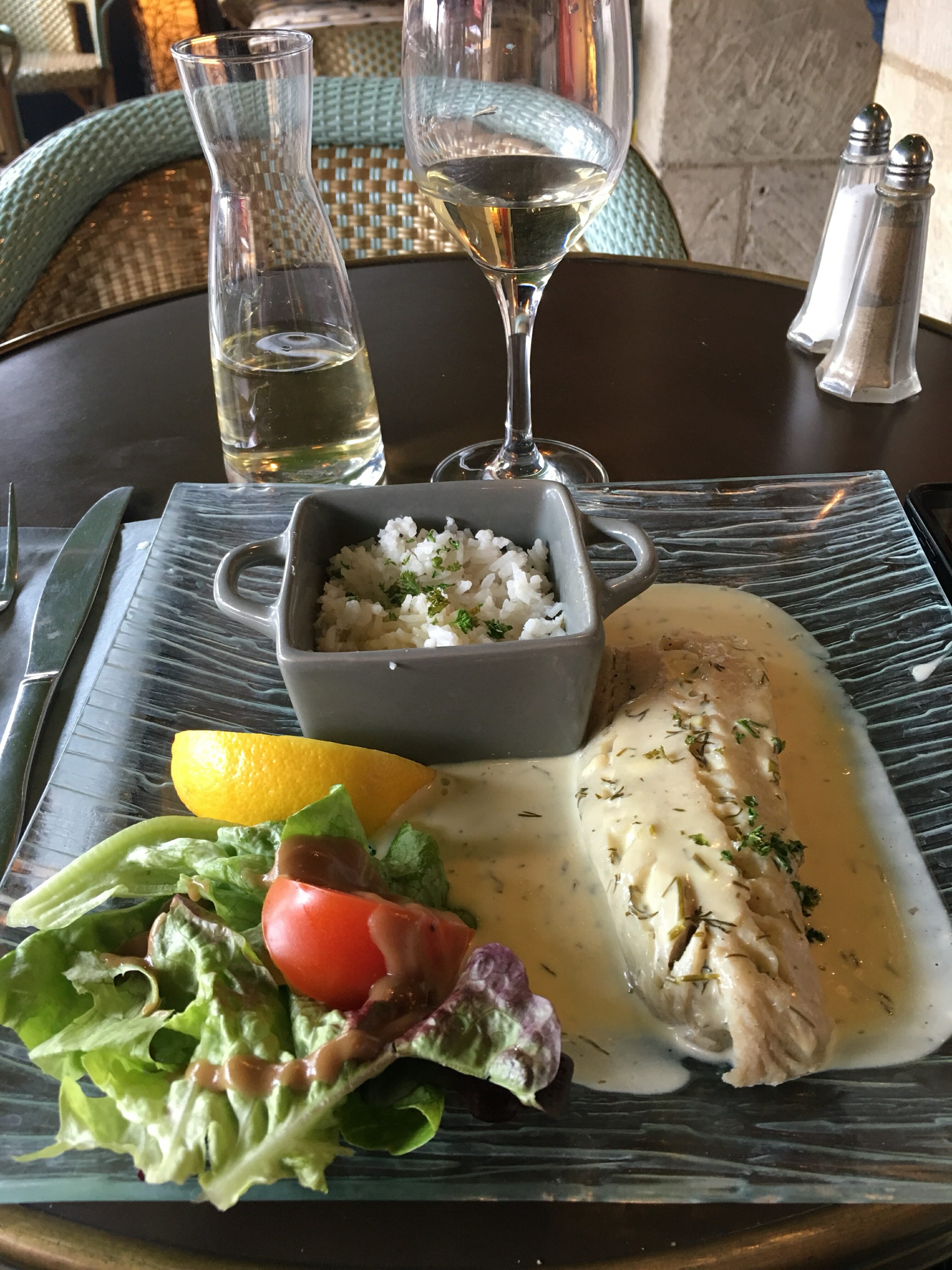 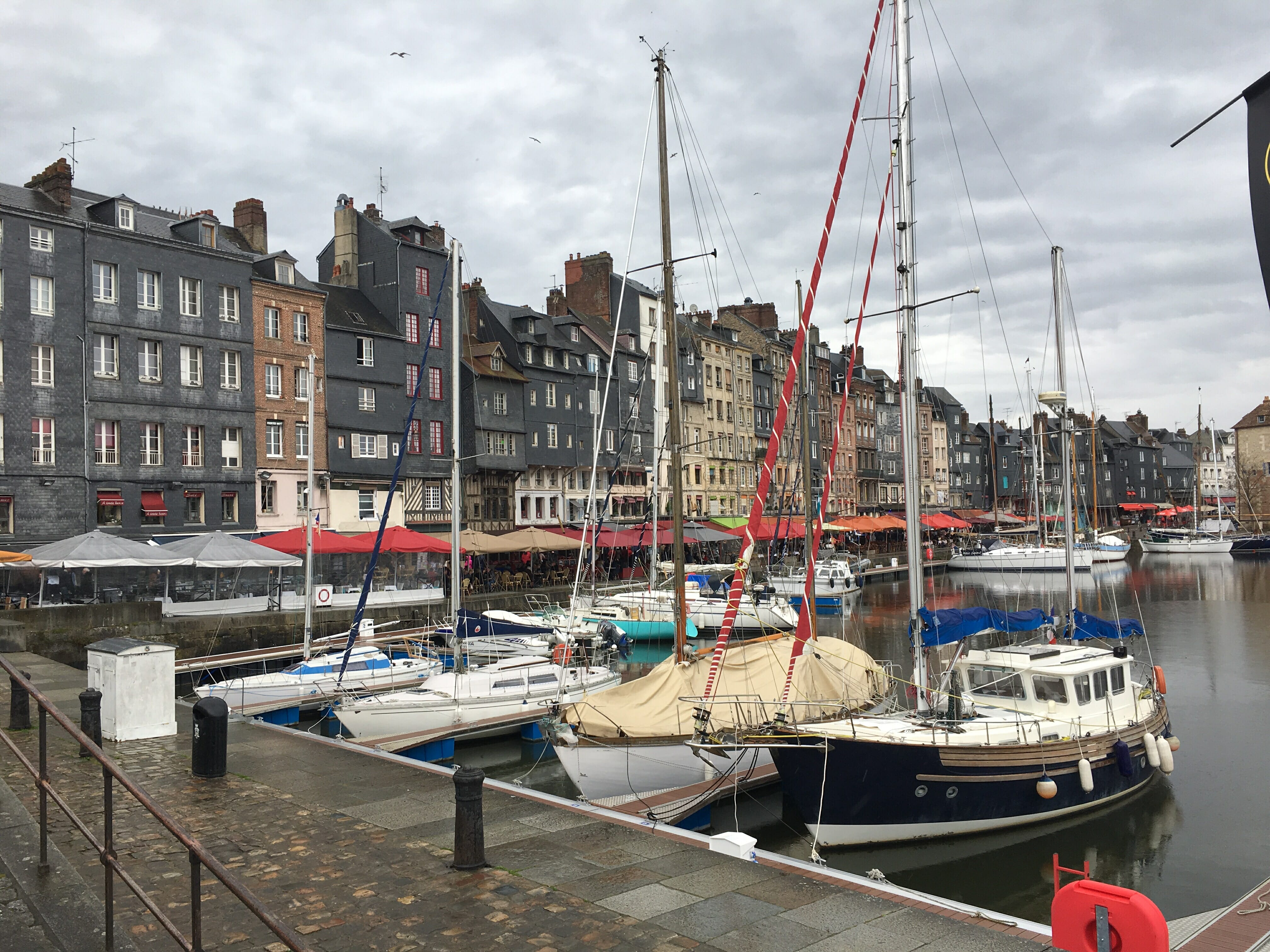 Ultimately, this was such an amazing birthday weekend, one I will never forget. And I can’t say thank you enough to the great people who made this weekend so memorable. Not only did I get to turn 24 in France, but I watched our girls become champions!😎 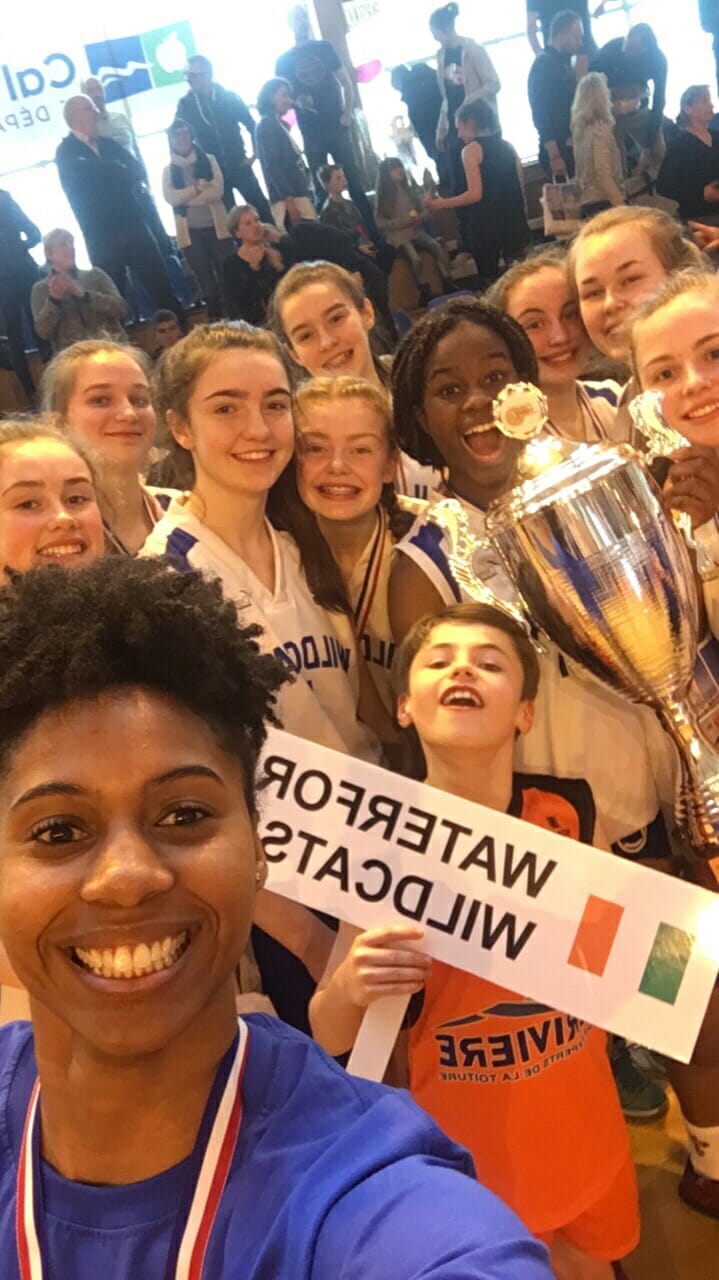