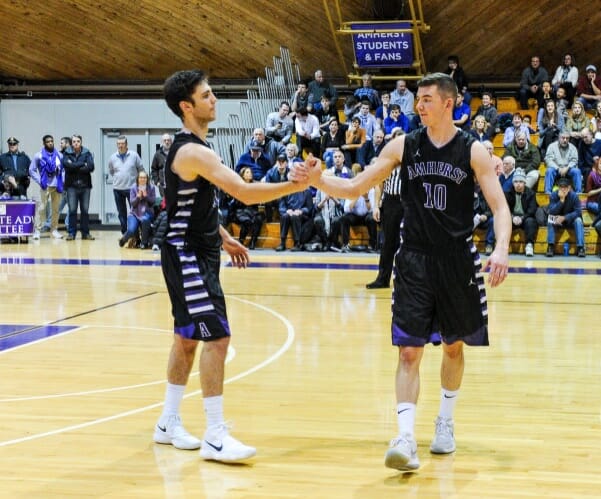 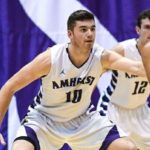 After a good team win over LIT on Saturday morning to win our fifth straight game, I took a bus up to Dublin to watch Shay and Rio (Ulster scholars) play against the Tolka Rovers. Rio and I were college teammates and roommates at Amherst the last four years, and it’s been a blessing to be able to have another year together as Victory Scholars with Sport Changes Life. However, I’m glad that we are at different schools and get to have our own experiences this year. That being said, it’s always great to meet up every now and then. So, I jumped at the opportunity to go catch one of his games and enjoy a night out in Dublin with him and some of the other scholars after.

I want to first talk about my “journey” to get to the gym, which was an experience in and of itself. I got off at the bus station in the center of Dublin and took a local bus to the street where the Tolka Rovers Sports Complex is located. I say “street” very loosely because one thing I’ve noticed about Irish addresses is the lack of specifics. They rarely give a street number. It’s typically just the street name and area of the town or city, leaving you to just hope that your desired destination is nearby. This may explain why when we carpool to our games, we follow each other instead of plugging an address into our phones like I would back in the States. It is 2018 after all! It is also difficult because basketball gyms are hard to find and not that popular around Ireland.

Anyways, I got off the local Dublin bus at the correct street and followed my Maps app to where the gym was allegedly located, only to walk to a stretch of residential houses with no gym in sight. After asking several walkers where the gym was, I arrived at the game to catch the start of the second quarter, approximately 1.5 miles of walking later. It turns out the gym is on the same street, Griffith Avenue, but on the completely opposite side I had gotten off the bus and where my Maps indicated it was. You can never completely trust technology!

Sorry for that tangent…

All in all, I caught a good game as Ulster gutted out a win. However, I couldn’t help but think about how weird it felt to sit in the stands and watch Rio play after having played with him for four years. Not only were we on the same team for four years, but we were also almost always on the court at the same time. So, seeing him in a different jersey and not being in uniform alongside him felt a little strange. We weren’t in Amherst anymore (Dorothy Wizard of Oz reference)!!

Another side note is that the game was also played in the same gym my Uncle Joe played in 25 years ago when he played for the Tolka Rovers for a year after he graduated from Canisius College in Buffalo, NY. So, beyond the game itself, my mind wandered to where I was and what it felt like as a spectator that night at the Tolka Rovers Sports Complex.