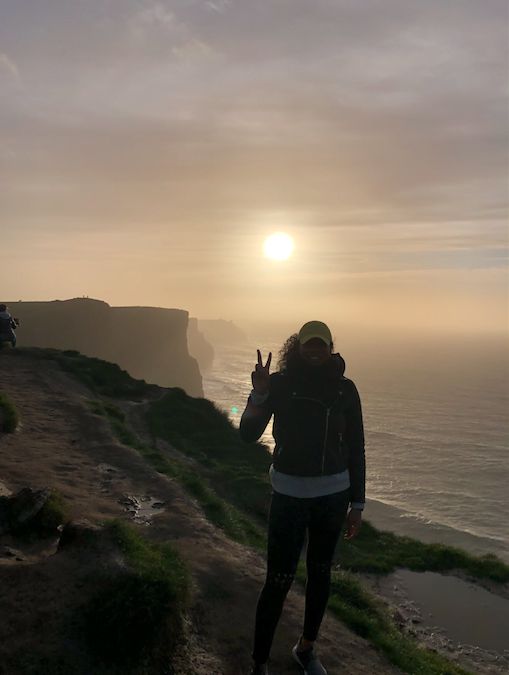 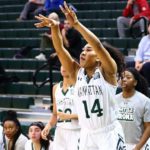 1: the overcoming of an enemy or antagonist

2: achievement of mastery or success in a struggle or endeavor against odds or difficulties

Examples of victory in a Sentence: “I am victory”

When I applied to this program, I applied with the aspirations of continuing to play basketball, receive a masters, travel the world and experience new things; but most importantly, to impact the lives of others. Basketball has taught me a lot about not only life, but about myself. It’s molded me into the person I am today. It has taught me to be fearless, competitive, humble, hard working, and to have integrity. People always told me I have a special gift, that for some reason people are drawn to me and listen when I speak… they’ve often said I was a natural born leader. We don’t always know why we are put on this earth or why we go through some of the things that we encounter, but I do know that my journey thus far has led me to do something special here in Ireland. The various people in my life and the challenges I thought were insurmountable at first, but later overcame have prepared me to mentor and teach the game of basketball to kids here. Sport Changes Life has a chant about victory, and they told us we are all victory, but I didn’t truly understand the meaning until I went to Tralee.

My favorite group of kids I’ve had the pleasure of working with so far are without a doubt the kids in Tralee at Kieran Donaghy’s Be A Star Camp. They brought so much energy and life each day they stepped into the gym. At age four and five people often say you’re not coaching you’re babysitting… but they couldn’t be more wrong. The younger kids may not be able to dribble between their legs or even reach the regulation size hoop, but they bring an energy that is unmatched. Every time one of them would score or do something right they would look up at me and the other coach waiting for approval or a high five and once you acknowledge them this burst of energy just erupts – laughter and a smile from ear to ear that makes you as a coach put on an even bigger smile. And those interactions are why I became a Victory Scholars. To be that young and have the confidence and desire to be in the gym working on the same skills people double you’re age are doing is how people become stars… I think Kieran’s camp name is unique because we didn’t make the kids stars, they already came in stars, instead, we made those stars shine!

And so, just as I aim to inspire all the lives I touch during my time here in Ireland, I also hope to continue to be inspired by those same lives. The all girls group I coached during the second session inspired me be more than a coach. They inspired me to be a friend and a role model. Just as I helped the stars of all ages at the camp shine… I too already came into this program a star and all of the work I do through this program will help me shine. So yes… I BELIEVE IN VICTORY… and yes… I AM VICTORY!