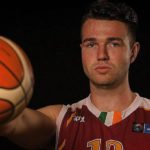 Have you ever wondered why the Disney Corporation never mentioned Princess Beauty’s crossdressing fairy godmother in their films?

This past weekend I revisited my childhood (sort of) by seeing a live rendition of Sleeping Beauty at Town Hall. While I know it’s been a few years since I’ve brushed up on my Disney princess narratives, the details of the storyline seemed a bit different from what I remember. To clarify, here is an excerpt from the playbill: “Princess Beauty has been selected to represent Ireland in the Eurovision Song Contest, but the defamed Wicked Queen has other ideas, and puts the Princess to sleep for a hundred years” . . . see what I mean?

As I have since been informed, the performance is something known as “the Pantomime”, a musical comedy stage production with origins in England and showcased throughout the United Kingdom and Ireland. The modern era of Pantomimes typically include a variety of song pieces, gags, dancing, and slapstick comedy routines. It overlaps culturally topical humor with a general storyline based loosely on a renown fairy tale or fable, and it is commonly expected for actors to participate in cross-gender roles. The performance is largely participatory with the audience, with crowd members encouraged to sing along with certain musical numbers and occasionally be brought on stage to help progress the plot.

While the evening was far from what I anticipated, I couldn’t be more thankful to have had an experience like this. I came to Ireland in hope of assimilating into its culture and to be embraced by the community, and this performance provided such an outlet not typically accessible in my day to day affairs. Getting to know the community through coaching and outreach has been a great privilege, but seeing the city come together in support of local thespians in such a culturally unique environment is a memory I won’t soon forget. It was a great opportunity to chat with some familiar faces from my coaching gigs outside of a gymnasium, interact with new people, like mayor Niall McNeilis, and to participate in family entertainment 3,000 miles from home.

As always, a big thank you to Joe Coughlan and family for your warm invitation, and well done to the Renmore Pantomime group for a great performance!