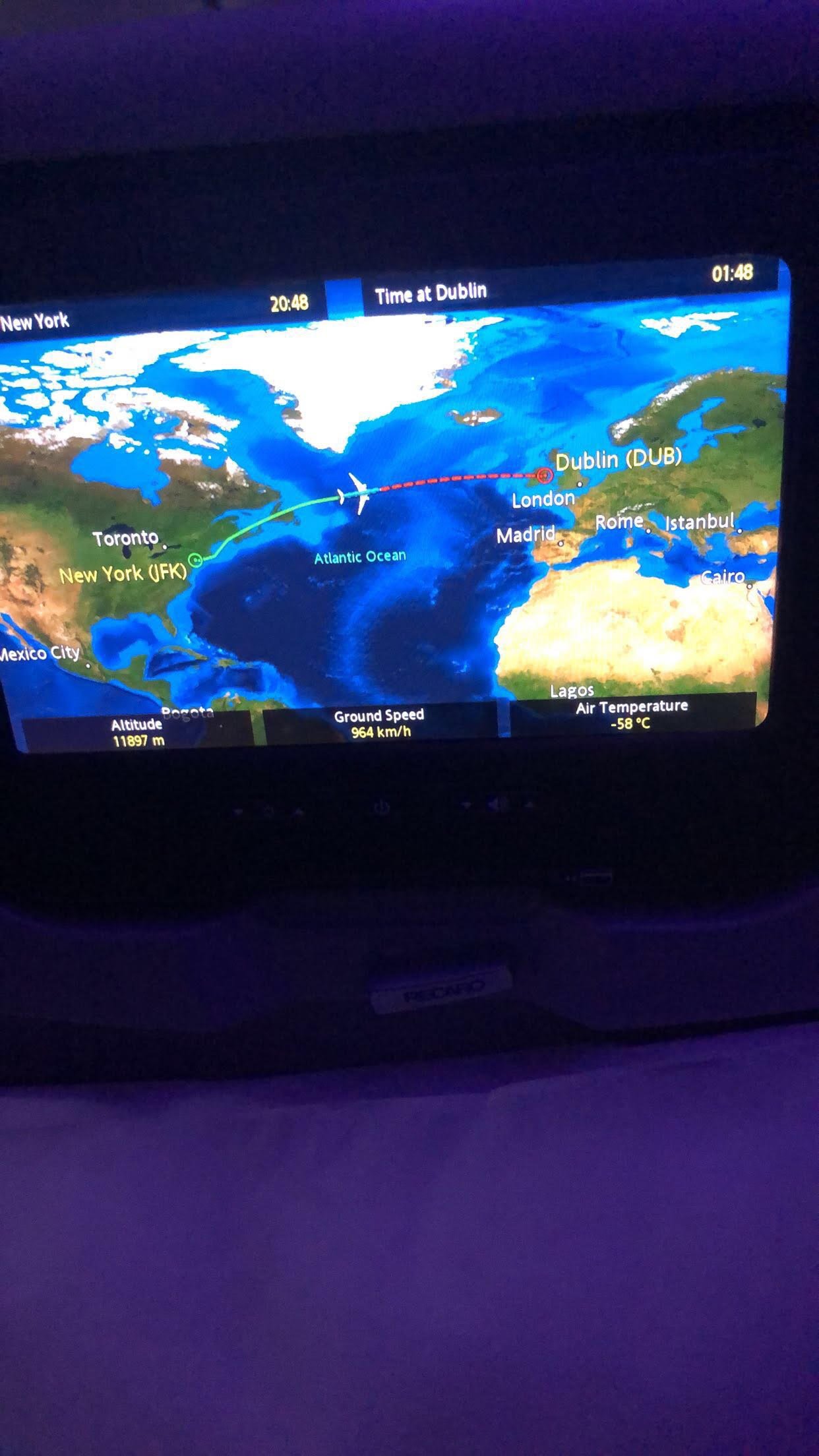 Walking into JFK there were a whole bunch of emotions running through my body. Excitement, uncertainty, relief, were all apart of how I felt before I even got my boarding pass to board the plane. I knew this journey to Ireland would have its ups and downs no matter the circumstances but I did not know how quickly that may be. Fortunately for such circumstances occurred as soon as I got to the airport and started my new journey.

Thankfully, the first one was positive. My cousin happened to work for JFK which made my preparation before boarding a lot easier than most and allowed me to go through check in smooth sailing. However as soon as I got through and realised that the journey was really about to begin the excitement and anticipation started to kick in even more than before.

Unfortunately, the emotions turned from excitement to exhaustion and confusion once I sat down on the plane preparing for this five hour flight to my new home. Now, the seat that I was giving was perfect placement because I was able to stretch my legs and have space. However, the unfortunate thing was that, out of all the TVs on the plane the only two that did not work were Kaitlyn Slagus and myself. Now both of us still were able to find ways to entertain ourselves despite the mishap but it still would have been better if we were able to watch Avengers Endgame and watch the Avengers defeat Thanos.

Now, this was just the start of the First Day journey, because not only did we arrive to Ireland at 4:00am but we were told that we would have to stay awake in order to balance out our sleep and adjust the time change. This allowed for great bonding time between scholars, because we were able to not only relate to the fact that we were running extremely low on sleep but we were all put through the same tasks and events while under these conditions. We bonded on a two hour bus ride from Dublin Airport to Belfast, helped each other maneuver suitcases up flights of stairs, and gave a brief example of why we are the 2020 Victory Scholars when we were able to put our tiredness aside and enjoyed a great time with a ladies soccer club.

The amount that was done by us with such little amount of sleep was tremendous in my eyes. It gave me an idea that no matter your circumstances, even when you are first starting out and are in unfamiliar territory, you can always make the best of it and turn it into something special. It was an example of how great these scholars that chosen are and it was an interesting way to have not only my journey but our journey together takeoff!