The best thing that basketball has given me is lifelong friendships. Every single one of my best friends just so happens to be a former teammate of mine. I think that this is because we are wired the same. As athletes, we understand the importance of our sport and how much we care about it. We know how much effort it takes to achieve our goals and how devastating it can be when those goals aren’t met. Most importantly, we can always count on each other for support. Some people don’t understand why or how much a game can mean to someone, but my friends do. They understand if I am late for dinner because I was rushing to shower after practice or if I cancel last minute because I would rather let my aching body lay in bed. They have all been there before and don’t take it personally. I have spent hours, months, and years playing on different teams with many different girls. Developing strong friendships along the way was inevitable.

Being a part of an AAU team has been one of the most enjoyable experiences of my life. I feel lucky that I get to say this because I don’t think most people can. My teammates and I would spend hours together driving across the city to practice, and even more on road trips to different tournaments all around the nation. We looked forward to spending every weekend of our summers in a hotel because it meant we were all together. Because we were so close off the court, it made playing all those games so much more enjoyable. This was probably the most fun I’ve ever had playing basketball. To this day, I can say that a majority of my best friends came from this AAU team.

One of these friendships is with Lexi Posset. Lexi and I played AAU basketball together for about 5 years. We played for the Drill for Skill Wildcats (I am just realizing now that I am a wildcat again!) under Coach John Miller, a Pittsburgh legend. Our squad was very competitive and most of our teammates have had/are still having successful basketball careers. We were so lucky to have a core group of girls that stuck together for so many years and even luckier that we have become even closer as we’ve grown older.

Although Lexi and I never got the chance to play each other in high school because we fell under different divisions within our conferences, we met a few times on the court in college. Unfortunately, the overall record throughout the four years would be 0-2, favoring the Rider Broncs. When Lexi and I found out that we both applied to the Sport Changes Life program, we were ecstatic. From AAU to Ireland, we have come full circle. How cool is that we get to experience this together?

Lexi is attending Ulster University and plays in the National League for the Ulster Elks. She is living near Belfast, which is about a 3-and-a-half-hour drive from Waterford. Since our teams are in different leagues, I won’t get the chance to redeem myself from my college losses. While our days of being on the court together are most likely over, we are still making the most of our friendship. This past weekend, Lexi’s grandparents came to Ireland. Nun and Pap were THE biggest Drill for Skill fans there were. They made it to just about every single AAU tournament we ever played in. Lexi, Nun, and Pap were able to come to my game in Dublin on Sunday afternoon and we enjoyed a delicious dinner together in Kilkenny afterwards. Before they returned to Belfast on Monday, I was able to show them around Waterford. I was so happy that I got to see them while they were here!

I once saw a quote that read, “Everyone has a friend during each stage of life, but only lucky ones have the same friend in all stages of life.” Well, I started playing AAU with the Wildcats in 2012, and 7 years later look where we are at. I am truly lucky that basketball has given the friendships that it has! 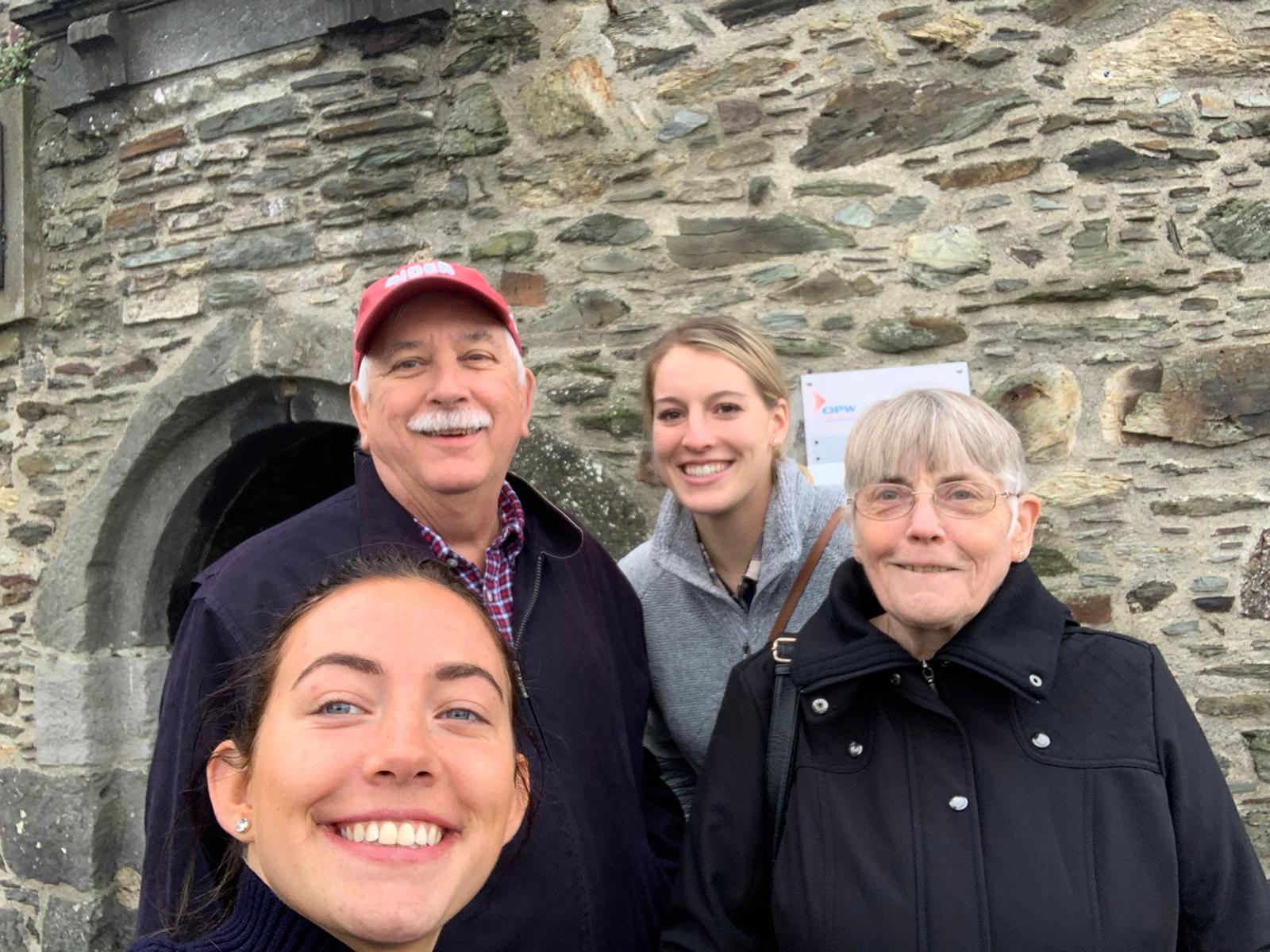