It’s good to be back. The last few weeks have been a challenge; I sustained my first concussion three weeks ago, which forced me to miss our game in Killarney and lay down in a dark room for five days. Thankfully, I’m back healthy again.

I want to use this post to explain my motivation to pursue the Victory Scholar Program earlier this year. Above all, I stand in Waterford today because of my love for the game of basketball. Over the last decade, this game has been a defining component of my life. After my senior season concluded at Hamilton College, I was not ready to walk away.

Over the last four years, my teammates and I worked incredibly hard to redefine the culture of our program. To provide some backstory, Hamilton was the perenial punching bag of the NESCAC when I arrived as a freshman. My class wanted to change that reputation. 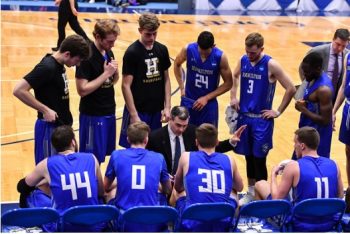 As a team, we reached tremendous heights over the next few years – hosting the first four rounds of the NCAA tournament, making Hamilton’s first NESCAC championship appearance, and reaching the Sweet 16 two years in a row. In spite of our return to national prominence, it’s challenging to accept how we ended this past season. Our team had the pieces to win the league and make the Final Four. However, two narrow defeats in the NESCAC championship and the Sweet 16 – both on our home floor – were by far the most devastating losses I’ve suffered in my athletic career. The mental agony of those defeats consumed me. One moment I will never forget was how demoralizing it was to sit in our locker room, just minutes after our final game, knowing that my college career was over. I didn’t want basketball to end.

The Victory Scholar Program provided me with an opportunity to have another year of competitive basketball. But as I continue to experience what this program encapsulates – coaching, mentoring, playing, and studying – I’ve gained a greater understanding of what this year is truly about. This year is more than just fulfilling my dream of playing overseas; it’s about witnessing the considerable impact I can have on young people by speaking about leadership, hard work, and believing in yourself. 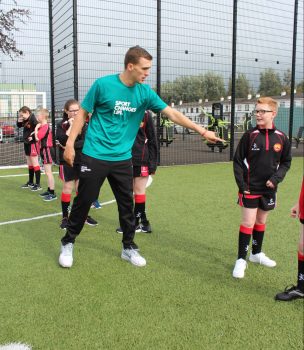 I’m still afraid of filling the void that basketball will leave behind. This game has become a substantial part of my identity. The 8-year-old child in me wants basketball to go on forever. I fear accepting its inevitable conclusion.

Regardless, I’m going to challenge myself to make the most out of the opportunity I have in front of me. When I was young, I never envisioned that basketball would carry me across the globe. I want to spread the message of how far this game can take you if you’re willing to make the necessary sacrifices.