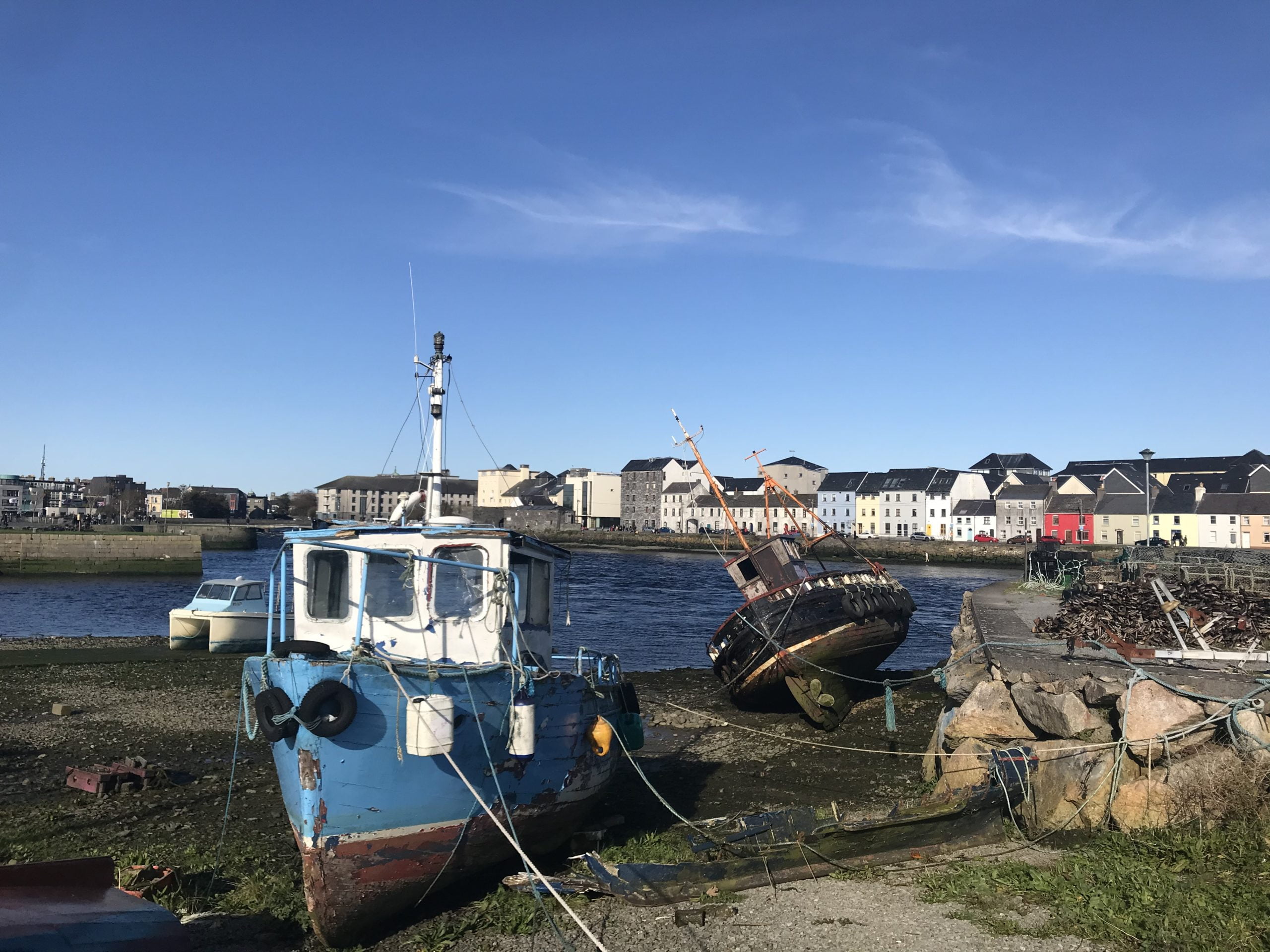 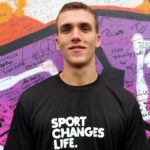 Several weeks back, I journeyed through several cities along the west coast of Ireland with two teammates from Hamilton, Pete Hoffmann and Tim Doyle. Pete plays for Neptune in Cork, and Tim plays for Tolka Rovers in Dublin, and we decided to connect during our midterm break from class. The trip was partially influenced by my father – Dad often reminisces on a golf trip he completed nearly 20 years ago with his college friends, where he rented a bus to drive along the west coast.

Our first stop on the trip was Galway. Tim and I crashed for two nights with Dan, Karlee, and Becca (thank you for the hospitality, including my bed on the floor!) So far, Galway has been my favorite city in Ireland. Galway – a small city on the west coast – is a blend of electric nightlife, breathtaking scenery, and live music. Needless to say, this city a priority to revisit in the future. 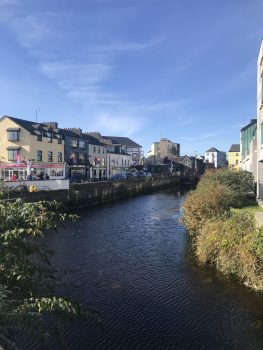 After two great nights in Galway, Tim and I jumped on a bus to head south towards the small village of Doolin (15 minutes away from the Cliffs of Moher). The drive along the west coast was amazing. Mountains stretch to the coastline to meet the sea, which provided a visual appearance that mimicked a scene out of West World. Around 6pm, we arrived in Doolin – a tiny village that hosts only 500 people throughout the year. As we interacted with locals at McDermott’s Bar, we found out that everyone who lives here gravitates to 2 or 3 pubs every weekend. Aside from providing pints and authentic irish cuisine, the pubs host an array of live music each night. Surprisingly, the performers did not sing; for nearly three hours, they played elbow pipes and violins in front of dozens of locals that packed into the small pub. Each performer was incredibly talented.  Their hands moved at lightening speed as they played fast-paced Irish melodies.

The next day, Pete picked us up with a rental car to drive us to the Cliffs of Moher. The Cliffs are scary high. Coupling this with my fear of heights made the journey as terrifying as it was amazing. Thankfully, it was a beautiful day, so we were able to see the Cliffs in prime form. 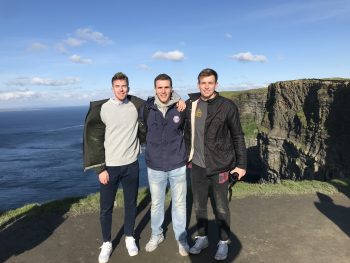 Our last leg of the tour was Killarney. Pete and I stayed in a hostel for one night. The next day, we toured the Muckross House (an elegant mansion situated on Muckross Lake), and proceeded to drive through a portion of the Ring of Kerry. We stopped several times throughout the national park, which allowed us to visit the Torc Waterfall (pictured below). 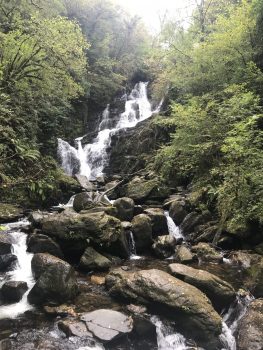 I recommend this trip to any scholar who hasn’t been to Galway, Killarney, or the Cliffs of Moher. I plan to return later this year with my brothers (shoutout JGrass and PGrass)!