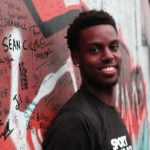 After the holidays, of course, I had to come back to Ireland to finish what I had started. It just so happened that my flight was booked for Christmas Eve and I would be in the air when the clock struck 12am. Now, you would think that on a flight, going into New Year’s Day that they would supply a little champagne and even have a little part on the flight. However, this was not the case and the way that they announced the arrival of the New Year on the PA system was rather sad. In fact, it was so sad, I would’ve rather them not announce it and kept us in limbo on whether or not it was 2020 or not (and that’s saying a lot because 2019 was full of a lot of obstacles).

Instead, we were giving the same meal that we always get on the flight and not provided any sort of alcoholic beverage to bring in the new year. Now I am not complaining but I do feel as if they should look over their New Year’s plans when on flights for next year and try and put together some sort of high-level part while in the air, to make it a little bit more memorable for passengers who fly during New Year’s Eve.

This was just a reminder to myself to not book any flights from here on out on any sort of holiday because no matter how it may look on the big screen in movies, it will never live up to such hype.