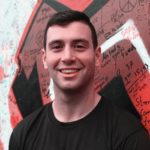 All roads lead to Svalbard, Norway. Recently, Kyle, Reece, and myself made a trip to Svalbard, Norway in the hopes of seeing the northern lights. We had a good idea of what Svalbard was going to be like based on the pictures and the research that we had done on it, but in reality we had no clue what to expect. The moment we got off the plane the cold air and winds hit me like a freight train. I was unbelievably cold and it was completely dark at 3 in the afternoon. The temperature was below negative 20 degrees Fahrenheit and with wind speeds it was almost 30 below. It was a certain level of coldness that sent a shiver down my body. This was definitely not something I was used to.

The three of us continued on throughout our journey for the rest of the day. We got some food in town. Kyle tried some whale burger and seemed to like it. I on the other hand was not a big supporter of the whale burger. We then proceeded to go to our Airbnb following that and then we went on a tour around the town of Longyearbyen. Which is the town that is located in Svalbard.

The following day the three of us went dog sledding and the views were amazing. However, right before the dog sledding we were waiting for our ride to pick us up. We were waiting for over 30 minutes outside and as we were standing there in the freezing cold something unexpected happened. We saw the northern lights! They started appearing out of the sky in a few shapes and sizes. It felt similar to seeing a rainbow appear out of the sky. It was a bright greenish color and in the navy blue/dark sky it was mesmerizing. They came out in bunches but each of these northern lights clouds were not connected to one another. The three of us could not take our eyes away from it. However, as we tried to take photos of the northern lights our hands were freezing, my feet felt numb, and my nose felt as if it were on the edge of getting first degree frost bite. Needless to say, it was difficult to capture photos of this natural beauty, but we were still able to do so. Luckily, the van came and picked the three of us up and brought us to the dogsledding area shortly after that. We then went dog sledding and that was incredible as well too, but for me nothing was as incredible as seeing the northern lights.