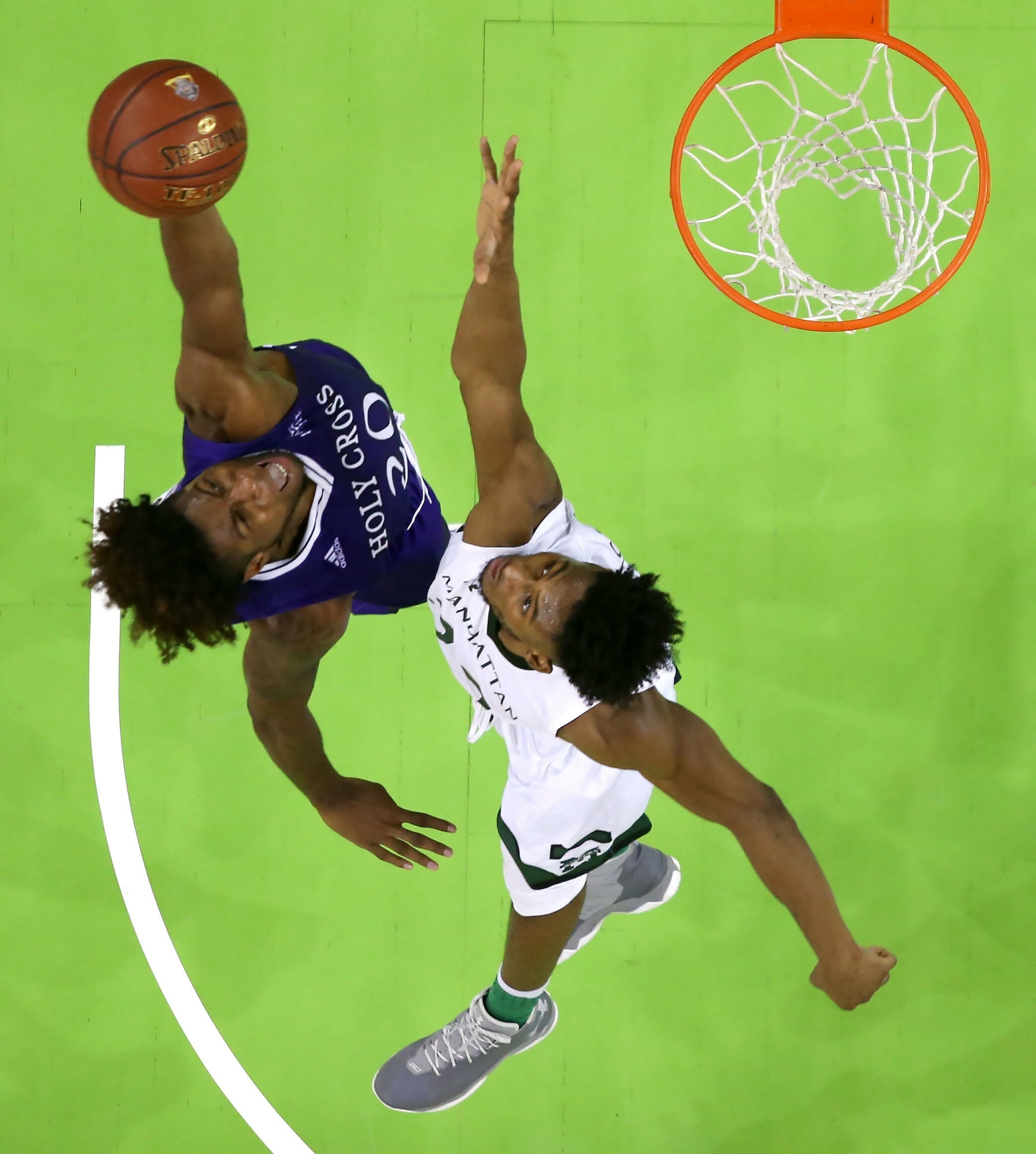 The inaugural Naismith Memorial Basketball Hall of Fame Belfast Classic brought basketball fans out in full force today as it hosted the first series of games today at the SSE Arena. The two-day tournament, brought to Northern Ireland through a partnership with the Sport Changes Life Foundation, Naismith Memorial Basketball Hall of Fame and the Metro Athletic Conference (MAAC), is the first of its kind NCAA competitive collegiate basketball tournament to take place in Europe.

Attracting thousands of basketball enthusiasts from across Ireland, Britain and further afield, the tournament was officially tipped off by Belfast’s Lord Mayor Councillor Nuala McAllister and featured jam-packed competitive action from top athletes of four well-known American sporting universities.  Tipping off the action on day one, Manhattan College and the College of Holy Cross provided fans with a nail-biting first game which resulted in a 70-54 win for Manhattan College.  Reflecting on the impact of winning the first game of the first NCAA collegiate basketball tournament held in Europe, Manhattan College’s Zavier Turner said, “It’s an honour to represent our team in Northern Ireland and a blessing to have the opportunity to play overseas.”

Bringing the first day of sporting action to a close, Towson University went head to head with La Salle University, which saw a homecoming for Country Kerry native Cian Sullivan as he hit the court with his teammates from La Salle University.  Fans were treated to a fast-paced game by these elite collegiate athletes ending in a close win for Towson, with a final score of 67-60 Following their exciting victory, Towson Head Coach Pat Skerry said, “What a tremendous atmosphere tonight!  We’re really proud to be part of something like [The Basketball Hall of Fame Belfast Classic]. Kudos to the fans for coming out and the city and people who put this Tournament together.”

Marc Mulholland, Executive Director of the Basketball Hall of Fame Belfast Classic added, “Today was a fantastic first day for the Tournament. Our four American teams demonstrated excellent form, teamwork, and healthy competition – all of which resulted in some great entertainment for everyone here today.  We are delighted by the amazing support shown by basketball enthusiasts who have come from across the Island of Ireland and further afield to cheer on these outstanding athletes.  It’s safe to say we have some of the best sporting fans!”

The second day of the tournament will commence tomorrow, Saturday 2nd December 2017, with a consolation game at 2.30 between Holy Cross Crusaders and La Salle Explorers and will culminate in the final Championship game between Manhattan College Jaspers and Towson Tigers at 5pm.

The event will offer a fun day out for everyone of all ages, from families and youth groups, to schools and sports clubs, with more action-packed basketball as well as entertainment between game play including Dave Hopla’s world record attempts for the most free throws and three-point shots in 60 seconds.

Lord Mayor of Belfast, Councillor Nuala McAllister said: “It’s fantastic to finally get the games underway at the Naismith Memorial Basketball Hall of Fame Belfast Classic. All the hard work and preparation that has gone into bringing these games to our city has paid off. The atmosphere in the arena has been electric and the four competing colleges have put on a fantastic spectacle of high octane action for the fans.

“This tournament proves that Belfast continues to build upon its reputation for hosting world class sporting events. Our local economy and tourism has been boosted by the tournament and I hope all of our visitors have felt the warmth of our great Belfast welcome.  I want to wish all the teams good luck in the final day of play and I would encourage as many people as possible to get down and enjoy the games.”

Tickets are still available for Saturday’s Tournament games from the SSE Arena box office or online at www.belfastbasketballclassic.com.

About the Basketball Hall of Fame Belfast Classic: The Naismith Memorial Basketball Hall of Fame Belfast Classic presented by SCL and its partner the Metro Atlantic Athletic Conference (MAAC) will field four US college men’s basketball teams for the first-ever Basketball Hall of Fame Belfast Classic.  This first-of-its-kind college basketball tournament held in conjunction with the MAAC, Sport Changes Life, Rory McIlroy’s Foundation – the Rory Foundation – Aer Lingus, Belfast City Council, Velocity World Wide and The SSE Arena, Belfast, is a two-day tournament held on December 1st and 2nd and will feature Holy Cross v. Manhattan College and La Salle University v. Towson University, followed by consolation and championship play on the second day.  The event is powered by Darius, Velocity Worldwide’s customer engagement technology to create an experience like no other for the fans attending the unique event.

About Sport Changes Life Foundation: The primary goal of SCL is to provide an opportunity for raising the aspirations of young people on both sides of the Atlantic so that they can live out their dreams and guide them as sport changes their lives.  We are a sports foundation built on inspiration, hope and victory.  SCL works in disadvantaged communities to help young people find a path to a brighter future with the help of our international student athletes, the Victory Scholars.  In February 2016, SCL formally partnered with The Rory Foundation as both foundations strive together to help change the lives of young people on the island of Ireland and beyond.