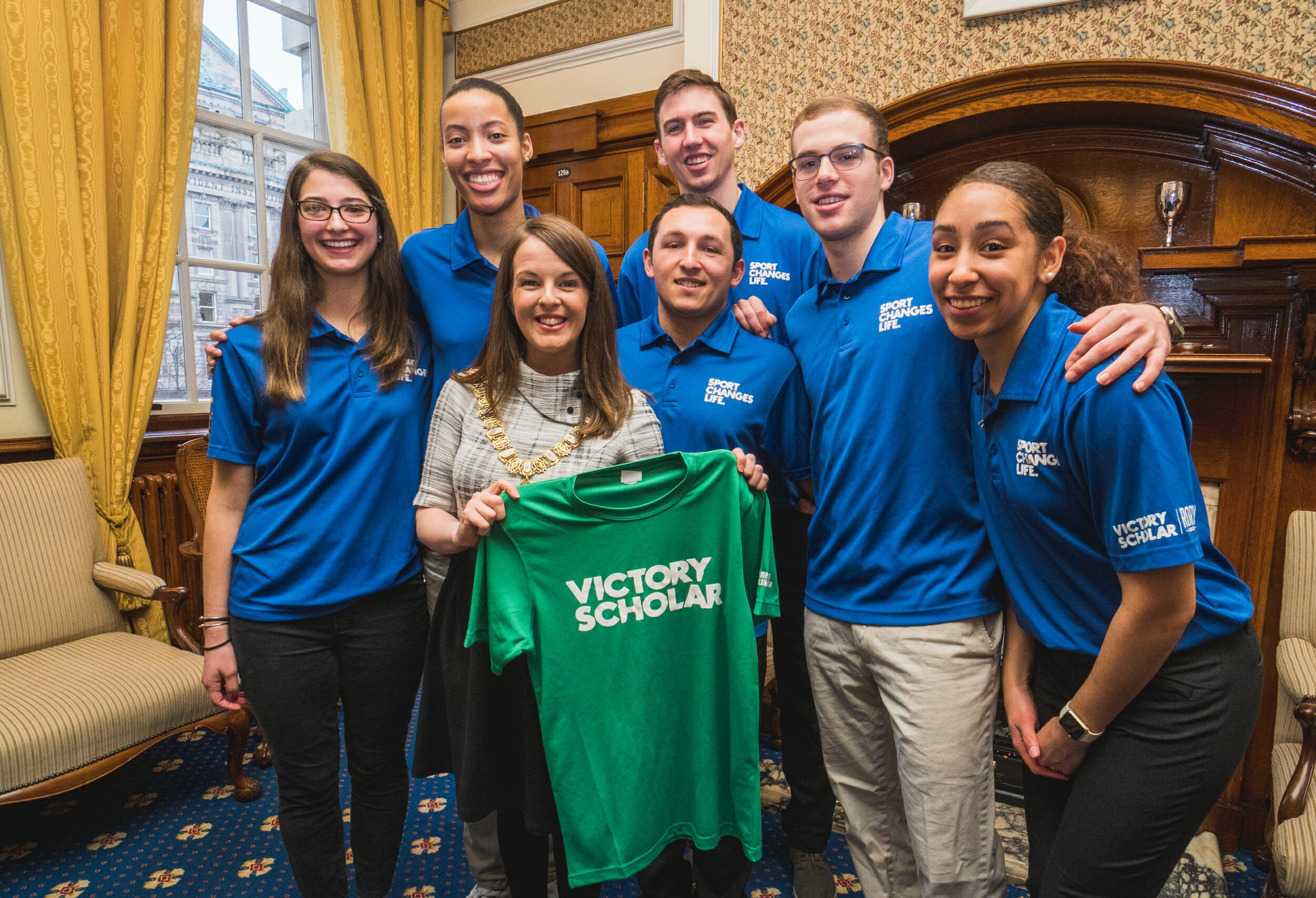 Belfast City Council recognises the role of the US Scholar Athletes in delivering of sports coaching and mentoring young people throughout Belfast, as part of the Sport Changes Life Foundation. The students were also active in the delivery of the first Basketball Hall of Fame Belfast Classic  NCAA Tournament, held in the SSE Arena, Belfast in December and will no doubt be part of any plans for this year’s Basketball extravaganza.

Specialising in both basketball and golf, the current crop of athletes are part of the Victory Scholars Program (VSP) which offers distinguished student-athletes from the United States an opportunity to extend their education to post-graduate level and continue to play their sport at a high level, whilst giving back to the local communities.

“Today was an opportunity to celebrate the role of the Scholar Athletes in delivering valuable coaching and life lessons to children in Belfast. It was also a big ‘thank you’ to Sport Changes Life and all those involved in making the US Colleges Basketball tournament such a success.”

She added: “Both the Basketball Hall of Fame Belfast Classic and Friendship Four Ice Hockey tournaments are fantastic examples of how Belfast is hosting world-class events, showcasing the city in a positive light to a global audience.”

“We are delighted to celebrate the Victory Scholars with Belfast City Council.  This group of Victory Scholars have been phenomenal in everything they do from coaching and mentoring young people, to being exceptional role models. We are extremely thankful for our partnership with Rory McIlroy and his charitable foundation, the Rory Foundation. Since 2008 we have changed the lives of 100 Victory scholars providing circa 5.3 million dollars’ worth of education to U.S student/athletes who in return have coached, mentored and helped nearly 200,000 young people across the Island of Ireland.”