THE SPORT CHANGES LIFE FOUNDATION BRINGS 34 NEW VICTORY SCHOLARS AS THEY CONTINUE TO MAKE AN IMPACT ACROSS THE ISLAND OF IRELAND. 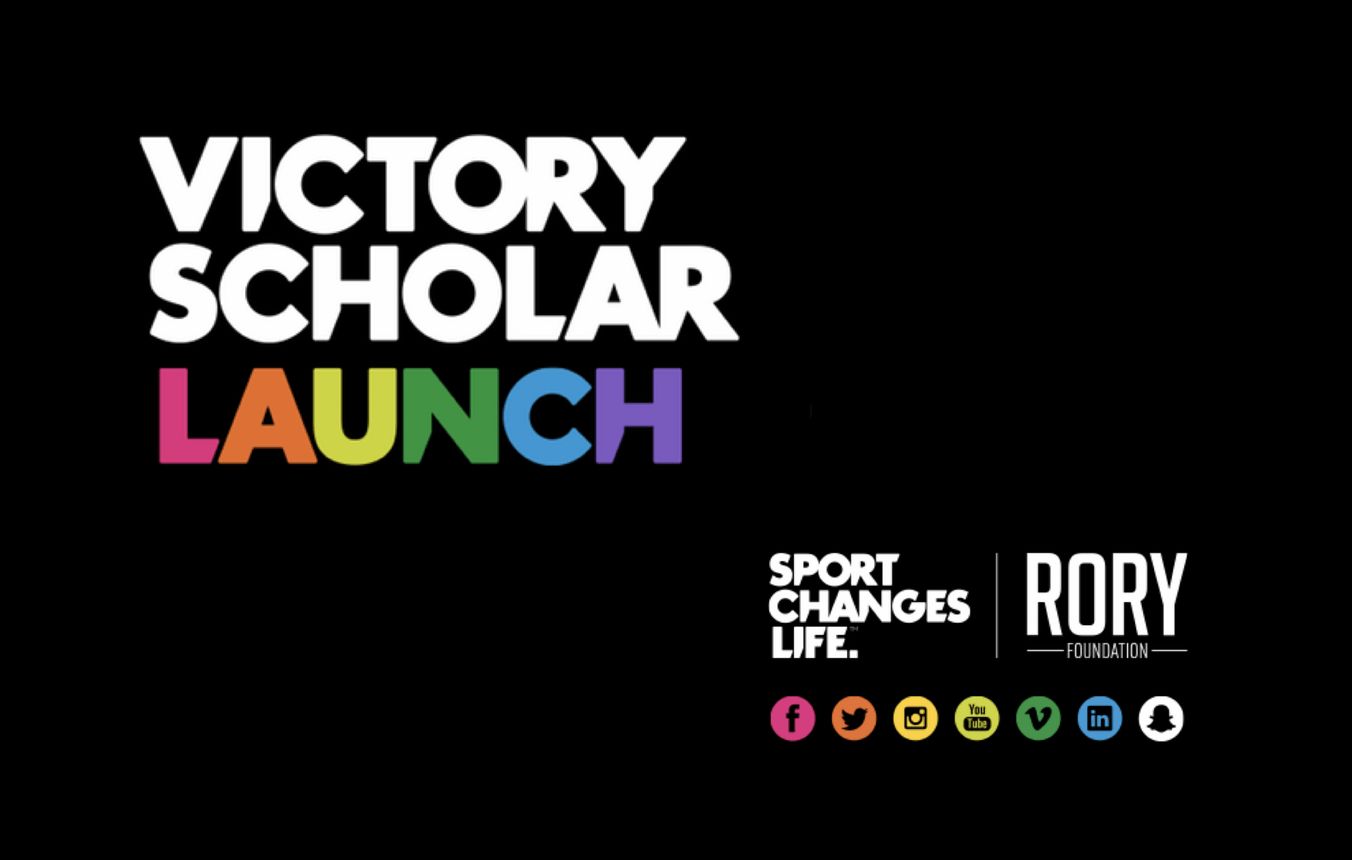 The Sport Changes Life Foundation is proud to announce ‘Class of 2019 of the Victory Scholars’.

Designed in partnership with the charity’s founding university partner Ulster University, the Victory Scholar Program brings hope to young people in local communities through alternative forms of education in teamwork, sport and confidence delivered by the prestigious group of American student-athletes, who will also pursue postgraduate degrees during their time here.  This year’s class of 34 Victory Scholars have been carefully selected to work in our community outreach programmes such as EHOOPS and Honour Role programme.

In eleven years together with our founding partners Ulster University and Chaka Travel our Victory family of 134 student-athletes will have earned a Post Graduate Masters degree and helped raise the aspirations of young people on the Island of Ireland all while continuing to play the sport that they love by the end of the 2019 academic year.

The Victory Scholars Program consists of student-athletes who have excelled in their academics and sport, primarily basketball and in recent years golf, in American Universities during their undergraduate studies.  Through a rigorous selection process, these future leaders progress to study in our partnering Universities and Higher Education Institutes for postgraduate Master degrees across the Island of Ireland while putting their extensive knowledge of their sport, team building, and mentorship into practice in our communities across the island.  The Victory Scholars legacy has helped strengthen the level of basketball being played at a grassroots level and continues to leave a lasting impact in continuing to build relationships which help provide a vital outlet for confidence building and, in many cases, mentoring young people toward their own future victory.

“We are so proud of how far the Sport Changes Life Victory Scholar Program has come and truly feel that these next few years will be the most exciting. This year we welcome 34 Victory Scholars to our shores which will allow us to help have a huge impact on so many young people in our local communities.  We are so happy to continue to inspire young people with our great partner Rory McIlroy and the Rory Foundation. Our common goal of raising the aspirations of young people together has went from strength to strength during our partnership. We have also seen great growth in our local university partners placing our 34 Victory Scholars across 13 Universities and Higher Education Institutions across the island of Ireland. With this growth, it is a very exciting time for the future of our young people and as we have the return of the Basketball Hall of Fame Belfast Classic, we now have a huge platform to inspire young people and show the world what our great country and young people have to offer.”

The success of the Program has been emphasised with our partnership with the Rory Foundation, Chief Executive Barry Funston commended Sport Changes Life for its work to further develop local community outreach initiatives, making a significant impact to young lives and acting as a force for positive change.

“Once again, we are delighted that the Victory Scholars will come to Ireland and Northern Ireland to deliver meaningful change to disadvantaged young people. The work of the previous Victory Scholars has been hugely beneficial to communities across the country and we are particularly pleased a record number of 34 Victory Scholars will travel over this year. I wish them all well during their stay here over the next ten months.”

In addition to their roles as local ambassadors for sport and as team builders and mentors for young people island-wide, the Victory Scholars also take on a unique role as ambassadors for the upcoming Basketball Hall of Fame Belfast Classic presented by Sport Changes Life, which will take place 29th -30th November and 1st December 2018 at the SSE Arena, Belfast. The three-day basketball event will welcome eight American universities as they go head-to-head to compete in competitive collegiate basketball tournament outside of America.

This year’s class launch event will take place in Poughkeepsie, New York State at Marist College one of the participating schools in the Basketball Hall of Fame Belfast Classic.

For media queries and to organize interviews with your local Sport Changes Life Victory Scholar contact:

One golfer from Manchester, UK. First VS from outside of US. (Mark Kilpatrick)

About Sport Changes Life Foundation: The primary goal of SCL is to provide an opportunity for raising the aspiration of young people on both sides of the Atlantic so that they can live out their dreams and guide them as sport changes their lives.  We are a sports foundation built on inspiration, hope and victory.  SCL works in disadvantaged communities to help young people find a path to a brighter future with the help of our international student-athletes, the Victory Scholars.  In February 2016, SCL formally partnered with The Rory Foundation as both foundations strive together to help change the lives of young people on the island of Ireland and beyond.

About the Basketball Hall of Fame Belfast Classic: NCAA Division I College basketball is coming back to Belfast, Northern Ireland for 2018. The Sport Changes Life Foundation (SCLF) in partnership with the Naismith Memorial Basketball Hall of Fame (BHOF) and the Metro Atlantic Athletic Conference (MAAC) will host its second ‘Belfast Classic’ in The SSE Arena, Belfast on November 29th, 30th and 1st December 2018.

The tournament will be broadcast live across America. The 2018 event will feature an expanded field to eight schools. The schools will compete in two four-team brackets, with University campus round games in America leading into two tournament brackets in Belfast aptly named ‘Samson’ and ‘Goliath’ after the iconic Harland and Wolfe cranes in the Titanic quarter shipyard of Belfast.