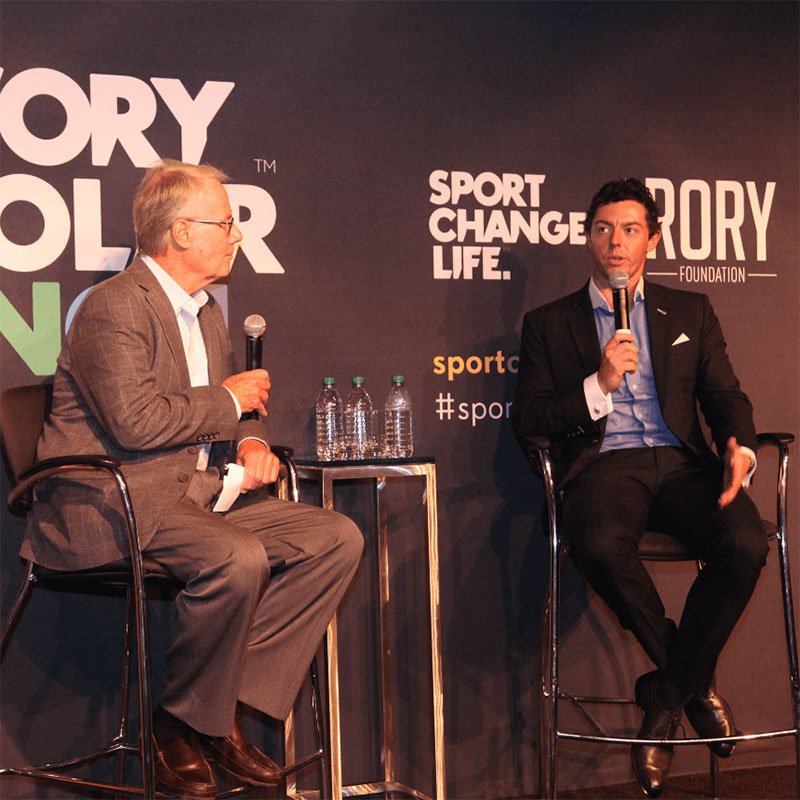 “My Foundation and Sport Changes Life share so many ideals and objectives that giving support to their programme was an obvious choice for me. The Victory Scholar students are driven young athletes hoping to further develop their skills at Irish universities while assisting local community outreach initiatives. Not every young person has the opportunities and advantages I had growing up, so I really hope these ambitious students will make a difference to many young lives and be a force for positive change in communities most in need.”

The 23 Victory Scholars will embark on a life changing year of mentoring young people through sport in the communities of Northern Ireland and Ireland while studying for a Masters Degree in a number of prestigious universities while continuing to play the sport they love. These NCAA student-athletes have completed a rigorous selection process ensuring they embody the values of the Victory Program, first designed by Co-Founder Professor Deirdre Brennan (Ulster University). In 2016 Sport Changes Life, in partnership with founding partner Ulster University and Chaka Travel, its Irish university partners, corporate partners and the Rory Foundation will provide the equivalent of circa 2.3 million dollars of education to 23 Victory Scholars at nine prestigious universities across the Island of Ireland with 6 Victory Scholars based, not far from Rory’s home, with our founding partner the Ulster University, Northern Ireland.

This event marks the beginning of the Scholars’ journey across the Atlantic to help change the lives of young people and enable them to develop a global perspective and build life-long friendships with people and communities throughout Ireland.

“We are very excited to welcome this group of Victory Scholars into the Sport Changes Life family. We are extremely thankful for our partnership with Rory McIlroy and his charitable foundation, the Rory Foundation. Having the encouragement of a globally admired role model like Rory, has fundamentally benefited our ambitions for the Sport Changes Life Victory Program. Since 2007 we have changed the lives of 53 Victory scholars providing circa 5.3 million dollars’ worth of education to U.S student/athletes who in return have coached, mentored and helped over 191,820 young people across the Island of Ireland. Since announcing our partnership with the Rory Foundation we have increased the awareness, understanding and recognition of the extremely important work these Victory Scholars are doing, working to raise the aspirations of young people in Northern Ireland and Ireland by almost doubling in one year our intake of Victory Scholars to our program. Rory is an incredible role model with special parents who have sacrificed so much to allow Rory to achieve. It is our mission to help and support young people who just don’t have that support and help them achieve. That is the role of the Victory Scholar, to become a coach, a mentor and a friend to our young people and to build these important relationships.”

Sport Changes Life is a registered UK charity and US non-profit organization that works in disadvantaged communities to help young people find a path to a brighter future with the help of international sports scholars. Established in 2007 as ‘USNI Sport’ and developed into Sport Changes Life in 2012 with founding partners Ulster University and Chaka Travel Sport Changes Life partnered with the Rory Foundation in February of 2016 with an aim to help raise the aspirations of young people on both sides of the Atlantic through the Victory Scholar program and Community Outreach initiatives such as it’s award winning EHOOPS program based at the Ulster University.

The Victory Scholar Class of 2017