The Road to National Cup Victory 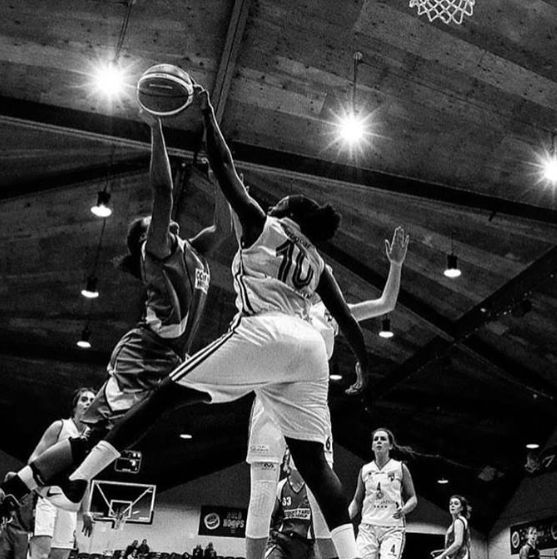 Well Sarah National Cup Winners Medal as a Coach, How does it feel Sarah?

I was so happy for my under 20s winning the cup. It was a pleasure to coach them because they are good kids, talented, and best of all, very unselfish. They made my job very easy. We had a lot of weapons and stayed focused which is what led to our victory

What was it like in the NBA Arena and how where the girls?

It was great, I liked it the supporting fans were fantastic! The girls were pumped all throughout and overjoyed after the win.

Did they respond well to you as a coach?

They were very thankful and seem to enjoy having me as a coach. And many of the 20s I have for division 1, so I usually have them once a week as a coach and practice with them on Mondays which really helps when it comes to building relationships as a coach. I’ve seen players developing with their confidence mostly. I try to make them know that they are capable of more than they think they are.

“It’s not what happened, it’s how you respond”

The dominating UCC Glanmire, top of the league table and three-time reigning champions, against the Courtyard Liffey Celtics, a Kildare-club branding the “started from the bottom, now we’re here” as new joiners to the Super League team slowly gaining respect as a top club. Classic David vs. Goliath scenario yet there is no better feeling entering Basketball Ireland’s Hula Hoops National Cup Finals as an underdog. Entering the cup finals with a nothing-to-lose mentality, focusing on our game plan, and embracing the challenge, we were determined to win this game. Early on, nerves got the best of us in the first quarter. Not every team can experience the big arena crowd with tons of media attention, not an experience I’d trade for the world. Although the result did not end in our favour, it is often quoted that you have to lose some in order to know what it takes to win. You have to respect Glanmire for setting the high standard of basketball in Ireland; however, I never felt more confident in our club and our team after that loss because we will learn and grow from our mistakes. That’s what it’s about right? – learning and growing. At the end of the day, we fought to the very end, saying a lot about our team’s character and Liffey Celtics as a club. I am super proud of US and hope our Cup Final game inspired young girls in the club to excel their basketball game, heightening the basketball standard and expectations for our club in the future. More importantly, win or lose: “It’s not what happened, it’s how you respond”

Our man in Neptune Basketball Club and studying in Cork IT, Tanner Brooks, reached out to us to express how he felt the Basketball Ireland National Cup weekend went:

Being a part of the National Cup weekend was one of the best experiences I’ve had since beeing in Ireland. Not only playing in the Cup Final, but supporting our underage teams as they competed was an awesome experience. It was great to see both sides of the weekend, and experience it not ony as a player, but also as a fan. It was a great monumental weekend for our club and I’m proud to say I was a part of the history we created by winning three cups in one weekend. Even though I didn’t have a great performance in the championship game, it was an experience that I will never forget and something that I will truly cherish for years to come. It was an extremely competitive game and both teams left everything they had on the floor. The greatest moment of the game for me was the half court buzzer beater that our Captain Gary Walsh made before going into half time. We knew we hadnt performed up to our standard in the first half, but by him tying the game up with that three it gave us the momentum we needed to push through in the second half. I don’t think there is any other club in the country that has the support that we have, and there is no question that the crazy Neptune fans that made the trip to Dublin to cheer us on had a major impact on the game. Not only were we playing for eachother on the court, but we were doing it for everyone involved in the Neptune family that is so passionate about the Club and everything it stands for. It was truly an unbelievable weekend.

Our girl in Limerick shares her emotions around the National Cup weekend:

On Saturday, I had the once in a lifetime opportunity of playing in the All-Ireland Cup final. Though I’ve seen numerous victories and defeats, the feeling of losing a big game is never easy. However, over the past few days I have been able to reflect on the entire experience, and gather a lot of positivity out of it. Standing alongside my teammates while listening to the National Anthem of Ireland, Amhrán na bhFiann, was a truly unforgettable feeling. I was hit with many emotions during that game; excitement and raw energy, nostalgia, and also pride for myself and my teammates. The past few months I’ve had the pleasure of witnessing both growth in character and skill development from players of all ages on my team. It’s amazing to think that after only a short period of time, I’ve built lasting relationships with people I now consider my ‘Irish family’. I’m incredibly proud to be a part of such an amazing club full of some of the most genuine individuals I’ve ever met. Although our final didn’t go as planned, I look forward to improving as a team and enjoying the rest of our season together.