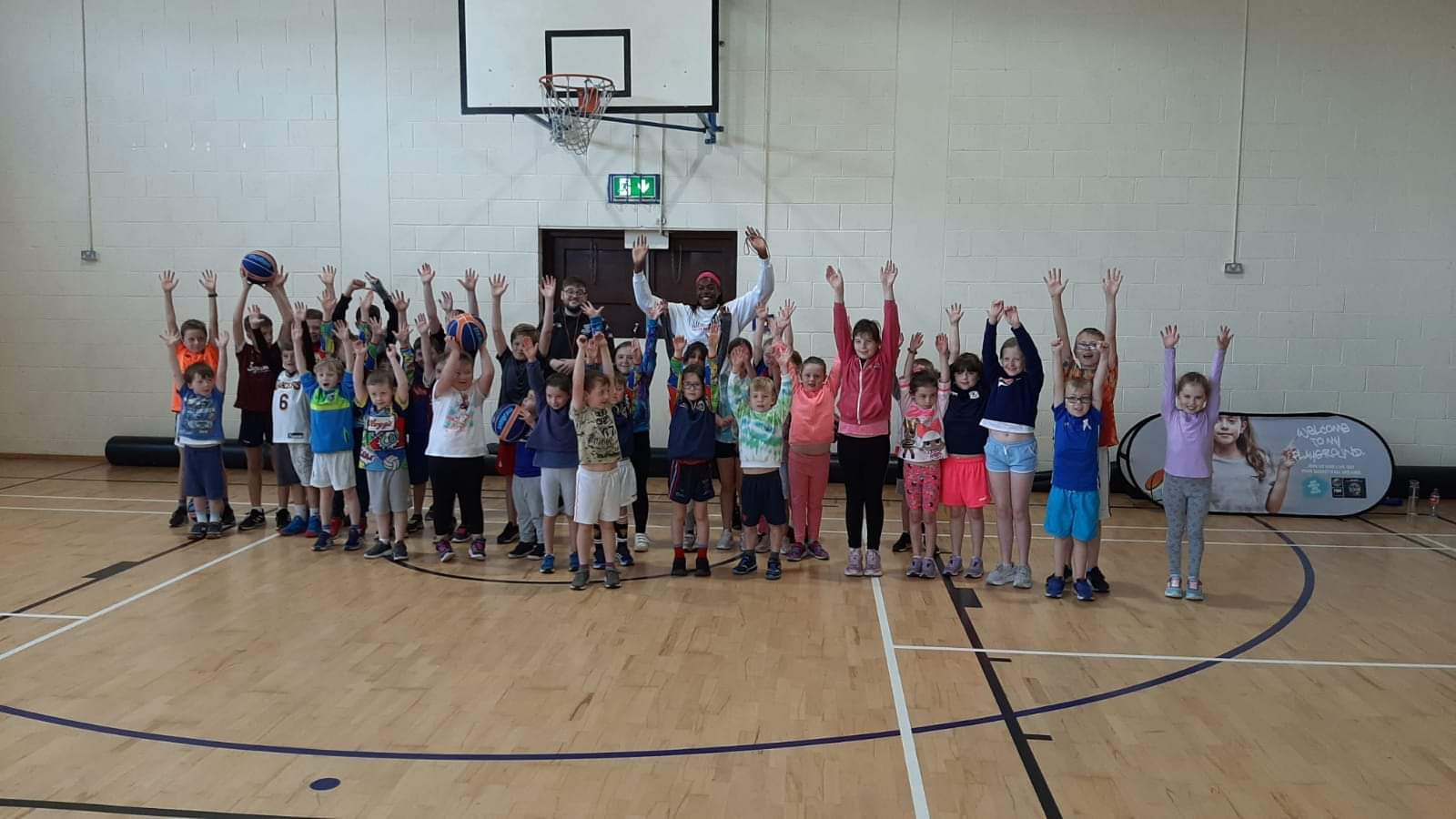 Last Saturday, my club director had me up at 8am, and we drove about one hour away to a small place named Milltown. The reason for our little trip was for me to coach at their brand new basketball club opening event. This event hosted a wide range of people throughout the day, which included under 4’s all the way up to senior level. From the moment we entered the gym, we were enthusiastically welcomed by the local community. They had the famous tea, coffee and biscuits combo set up for us, the staff and parents were energetic, as was a gym full of little kids running around, the perfect recipe for a wonderful start of the day, making me completely forget about the early rise.

***Now a little side note about basketball in Ireland is that it is not as big as in the United states. In fact, it doesn’t rank as popular with the likes soccer or gaelic football. Sports Changes Life and their Victory Scholarship program along with local basketball clubs have a goal to help raise aspirations whilst motivating more kids in Ireland to participate in more physical activity but also grow the game of basketball. So with my own pre-assumptions, I came in with expectation of not having a very big attendance, so, it was to my surprise that we had so many people who showed up from this small town and for the new club. 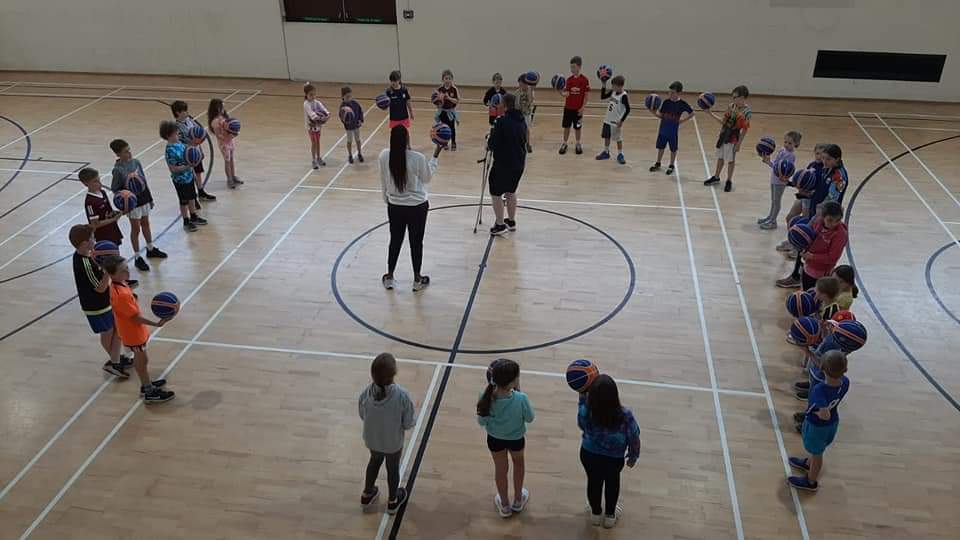 Back to my time coaching now! Before I even got to Galway, all of my fellow Victory Scholars went through an induction week which included coach education in preparation for a day like this as such. However, as easy as it was practicing how to coach between each other, try telling a 5 year old to stop dribbling the basketball, and let me know how it goes (hahaha). There were a lot of small adjustments that needed to be done, but it was so much fun to finally get to apply what I had learnt. I found that the best technique to get the kids attention was to simply get them to put the basketball above their head. Trust me, I tried many other methods before resorting to such. At least they gained some arm strength!

Honestly, I had such a wonderful day, and met so many wonderful people. I was specifically and pleasantly surprised by the level of basketball skills on show from the Under 17 group. I even almost lost a one on one game against a 16 year old, but lucky for me the match ended early and we never finished the game. However, we all know I would have won (or would I have really?). It was such a pleasure to be part of the club opening for the day, and I am so looking forward to seeing how much they will grow over the next few months, as I continue my journey in Galway and coaching the youth of Ireland.