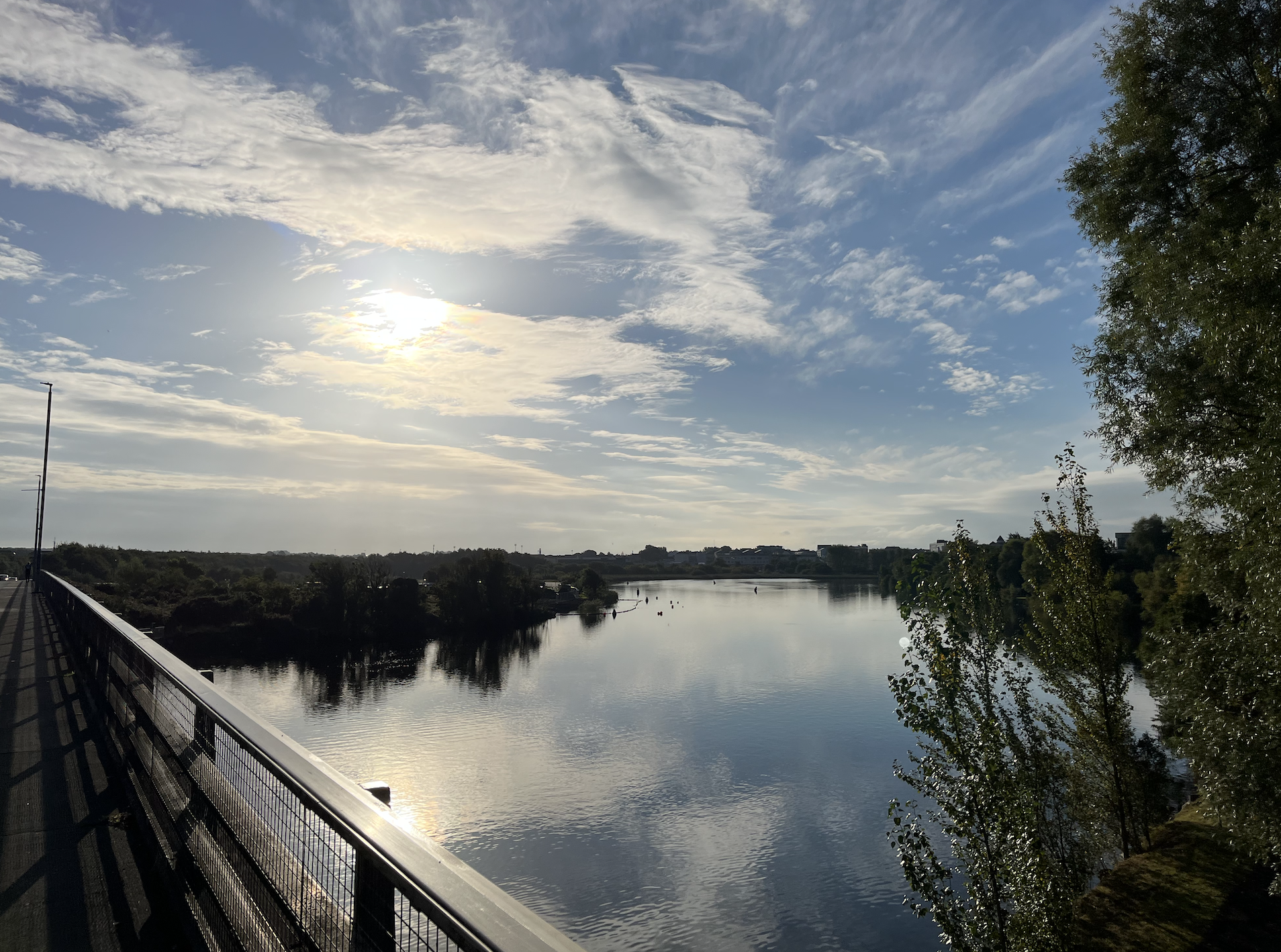 An Unexpected Tour of Galway

After moving to a new city and finally unpacking from a great first week, I had some free time on my hands. I decided that going on a run was the best way to shake the jetlag as well as explore the city. I initially planned on going for a quick two-mile jog, but it ended up turning into an eight-mile adventure. My dorm is about a 25-minute walk into the city center, so I figured that I would check out the Latin Quarter and then turn back. However, I was not expecting to see almost the entirety of the downtown area. Running along the River Corrib, and eventually through some less-crowded roads, I arrived at the edge of the city at South Park. Right on the water, there were rugby fields, piers, and even a water polo court right in the middle of it all! I jogged to the end of a pier and saw the Galway coastline, taking it all in. I had a realization that this area is slowly becoming my new home, and I am looking forward to exploring more of the beautiful intricacies that it has to offer. 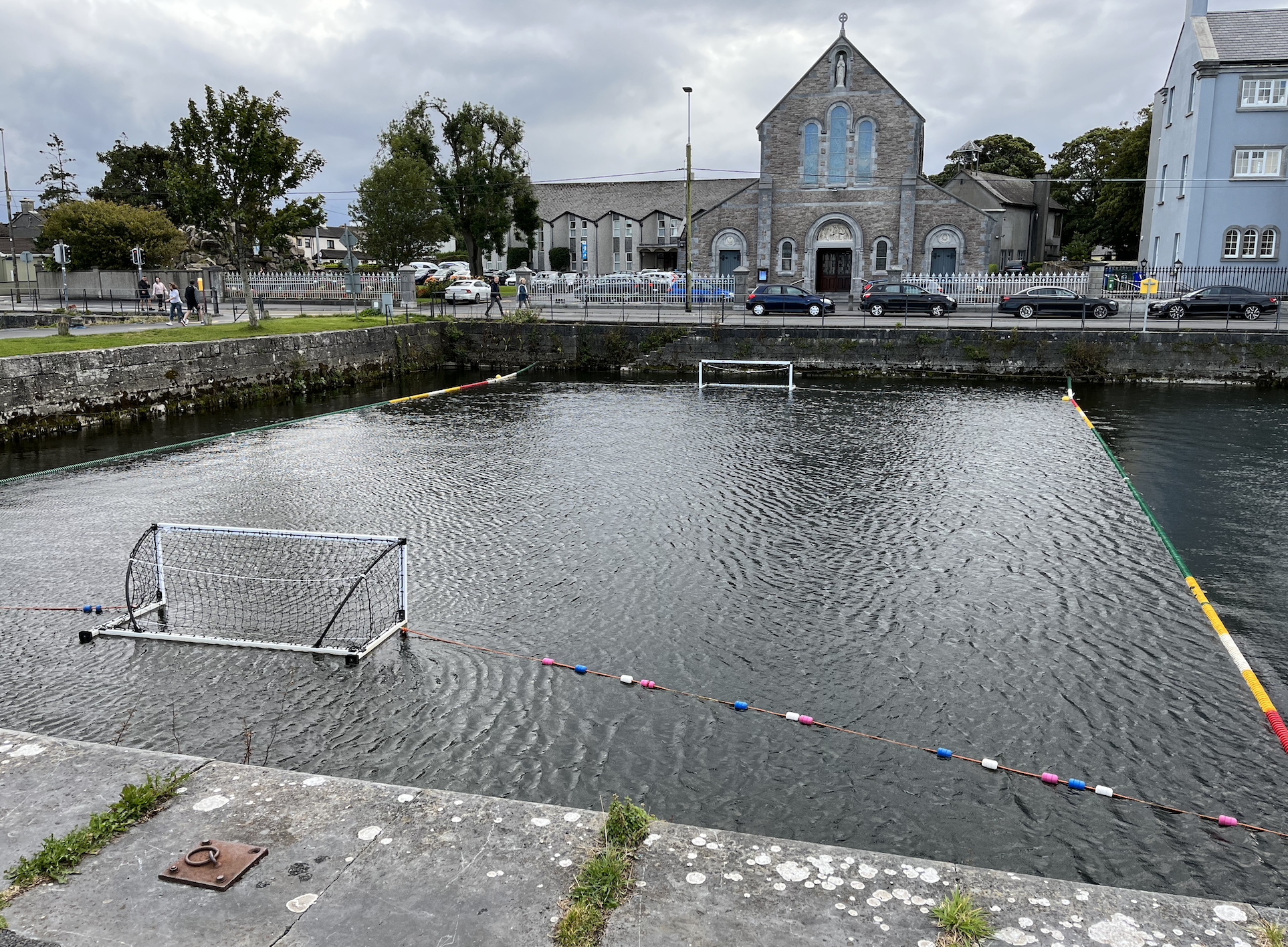 Upon leaving the pier, I arrived at the Quarter, an incredibly busy and lively area of the city. The cobble-stoned street was lined with pubs, restaurants with cuisines from all around the world, local clothing stores and much more. This area of town is a melting-pot of culture, and it was great to see the crowded streets filled with music and conversation. At the top of the Quarter was Murphy’s Ice Cream shop, where I stopped in to get their chocolate-whiskey ice cream (highly recommend if you’re ever in the area). 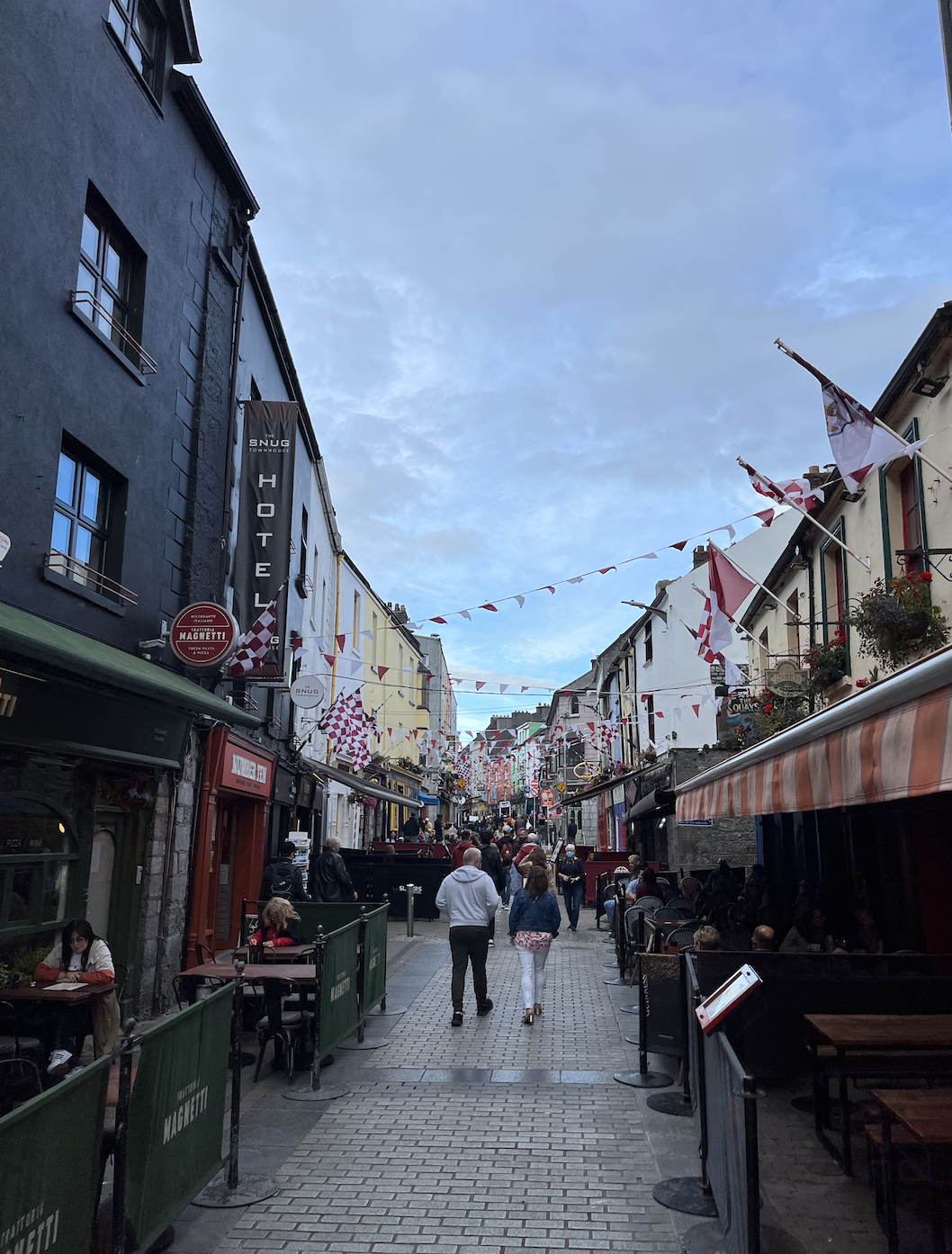 Knowing I probably shouldn’t run after the ice cream, I decided to wander around the city for a little longer. I arrived at Eyre Square, the heart of the city, and ventured down some smaller avenues from there. I stopped in to check out some vintage clothing stores, department shops, and other places to get the lay of the land. It was comforting to know where certain places were and how to locate them if I am ever in need of something, a subtle, but true sign of adjustment and adaptation. However, I don’t think I got to see the city in its entirety, so I’m looking forward to going on the next run and checking out new areas of the city. Up next, I will discuss the basketball training regime for our upcoming season opener as well as a team-bonding night out in the city!